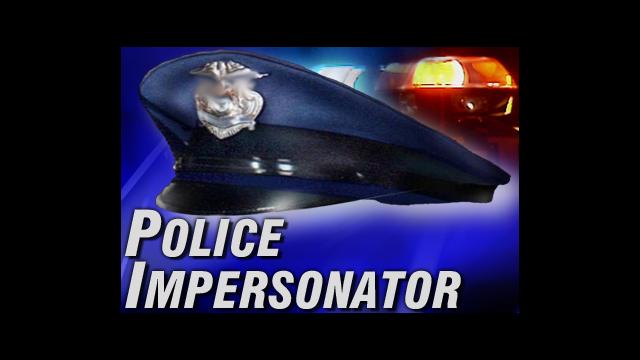 CORONA: (VVNG.com)- The Corona Police Department are investigating a report of sexual assault possibly committed by a police impersonator. The investigation stems from an incident that occurred in September 2014.  When a female was pulled over by a dark-colored vehicle equipped with a spot light and a forward facing red light, according to authorities.  The incident occurred at approximately 2:30 a.m., on Railroad Avenue near Sheridan Street in Corona.

The suspect described as a male approached the lone female and acted as if he was a police officer. The suspect instructed the female to continue driving a short distance to a dark street where he forcibly assaulted her inside his vehicle, according to authorities.

The suspect is described as a hispanic male adult in his mid to late 30’s, with short dark hair, approximately 6’01” with a large build and was wearing a dark-colored “uniform” at the time of the incident.

The victim later indicated that she did not see any type of “Police” insignia on his uniform or car and that the inside of his car did not contain any type of police equipment normally found inside a police car.

The Corona Police Department is asking for anyone with information, or if you believe you have possibly been stopped by this impostor, to please contact Senior Detective Gail Gottfried at 951-279-3623.

If someone is not sure that they are being pulled over by a police officer, there are several steps one can take to validate the identity of the officer and police agency.

• Check if the police officer is in a marked police vehicle.
• See if the officer is in uniform. If the officer is not in uniform, request a uniformed officer.
• Remember, that if you really doubt the identity of someone trying to pull you over, you should proceed to a well-let, busy place such as a gas station, fast food place, convenience store, or police station. While doing so, turn on your four-way flashers to notify the officer that you are aware he or she is trying to pull you over.
• Check if they have a badge.
• Ask for identification. Police carry identification clearly identifying them and their agency.
• Call 911 if you believe it’s a fake.