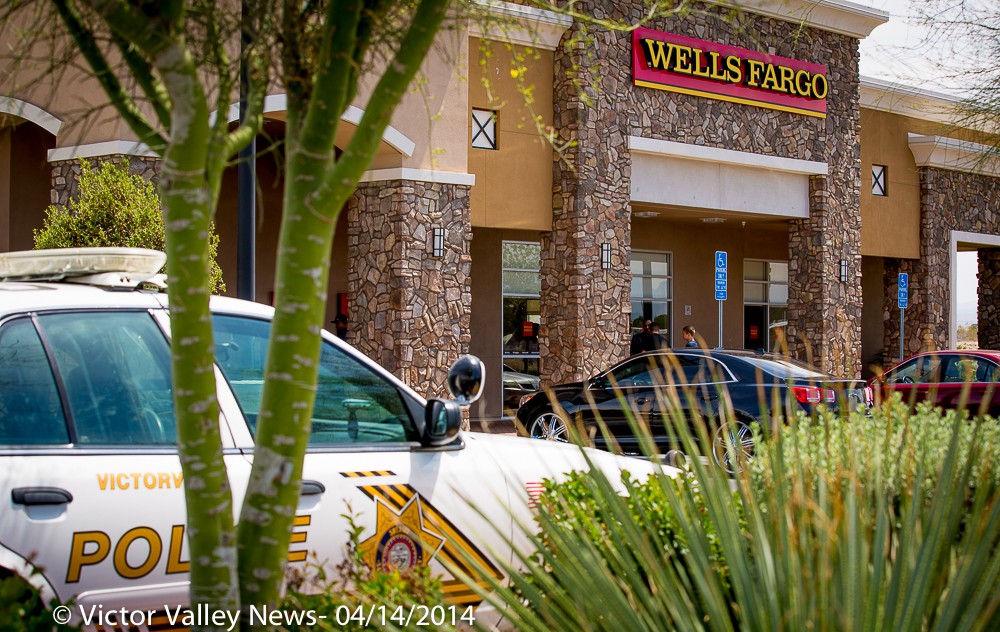 VICTORVILLE-(VVNG.com):  A woman reported being robbed at gunpoint by two men after using the ATM at a Wells Fargo bank at 1535 Roy Rogers Drive on Tuesday. The victim was returning to her vehicle at about 3:10 p.m. when she saw her husband speaking with two black men.

One of the two men pulled a handgun from the waistband of his pants and demanded her money. The two fled the scene in a gray 2010-2012 Nissan Altima with damage to the right front fender and Nevada plates. The first suspect was described as a light-skinned black man with a black hat, dark jeans, and an orange shirt. He was described as being approximately 20 years of age, 6 feet tall and 250 pounds.

The second man was a black man, with a darker complexion and braids. He was also, according to Sheriff’s officials,  wearing a black hat, blue jeans and orange shirt. He was described as approximately 6 feet tall with black hair and brown eyes.

Anyone with information regarding either of these suspects is asked to contact Detective Mike Mason at the Victorville Police Department at (760) 241-2911. Callers wishing to remain anonymous are urged to call the We-Tip Hotline at 800-78CRIME (27436) or you may leave information on the We-Tip website at www.wetip.com.