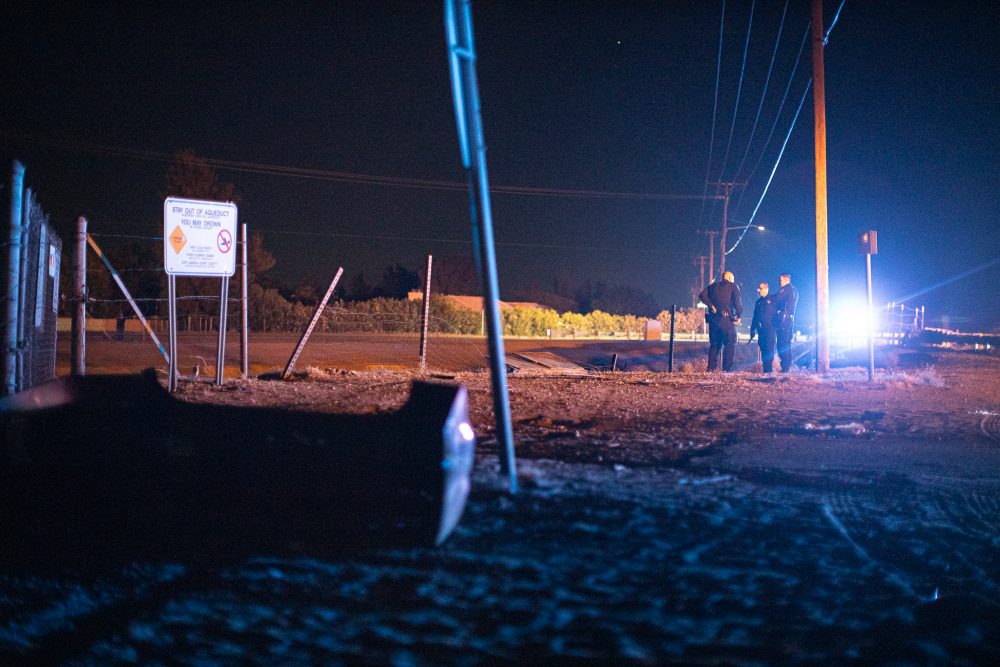 HESPERIA, Calif. (VVNG.com) — A woman was rescued from her submerging vehicle after crashing into the California Aqueduct in Hesperia Friday night.

It happened just before 11:00 pm, on May 15, 2020, when 911 dispatch received reports of a rollover crash in the area of Ranchero and Eleventh Avenue in Hesperia.

According to preliminary reports, a sedan traveling east on Ranchero Rd lost control and crashed through the chain-link fence before ending up in the waters of the aqueduct. A Good Samaritan stopped to help and was able to help the female driver out of the car before it fully submerged underwater and no other occupants were in the vehicle.

A witness told VVNG, the woman was run off the road by two other vehicles that were racing on Ranchero Road. The female driver was afraid of being hit and she swerved her vehicle and was unable to stop in time.

The female driver of the sedan was transported to a local hospital by ambulance as a precaution.

The official cause of the crash is under investigation by the Hesperia Sheriff’s Station and anyone with information is asked to call 760-947-1500.