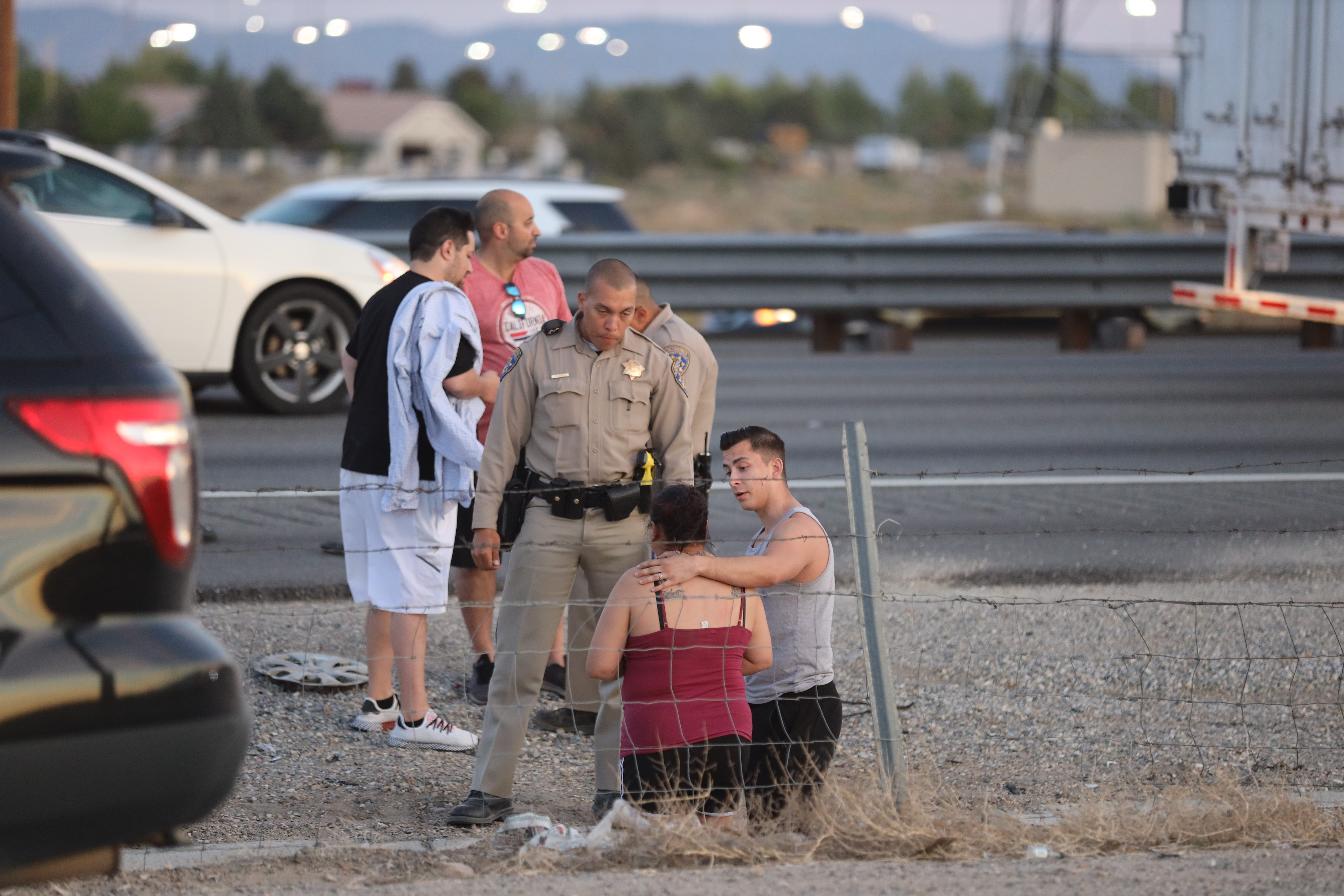 HESPERIA, Calif. (VVNG.com) — California Highway Patrol officials are investigating after a woman was allegedly pushed or fell from a moving vehicle Thursday on the 15 freeway.

Just after 7 pm, San Bernardino County Fire and the CHP responded to the shoulder of the southbound 15 freeway between Bear Valley Road and Main Street, reference a person ejected from a vehicle.

When they arrived onscene, they located a 35-year-old female suffering from head injuries lying on the side of the freeway.

CHP officials told Victor Valley News that witnesses said a woman either fell or was pushed from a moving vehicle that was traveling southbound.

“We’re investigating this as a possible domestic violence incident,” officials said. “The sheriffs department is out with the vehicle.”

A pair of black sandals and a puddle of blood were visible on the side of the road.

A helicopter was requested to land in a field near Bishop Road and Poplar Avenue to transport the victim to a trauma center. She suffered injuries to her head and legs.

The man who was behind the wheel of the red Toyota Corolla that the woman was a passenger in kept going.

Witnesses told VVNG that the woman appeared to have been pushed out of the car, and the man drove the vehicle through a fence and fled the scene.

“He continued driving and crashed a second time with another sedan here at 5th and Bear Valley,” Vasquez said.

The female driver of a car who was struck at 5th Avenue said she was on her way home when she was hit while going through a green light.

“He was a big Hispanic guy, he jumped out the car and started running, but the cops got him on the ground,” the driver of an involved car said.

Sgt. Vasquez said the suspect was taken to a hospital for treatment and then will be arrested for suspected Felony DUI.

“CHP is handling the investigation involving the domestic violence since that occurred in the freeway, and we’re handling the crash and possible DUI.”

In all, two people from the multi-car crashon Bear Valley Road had to be treated for injuries.