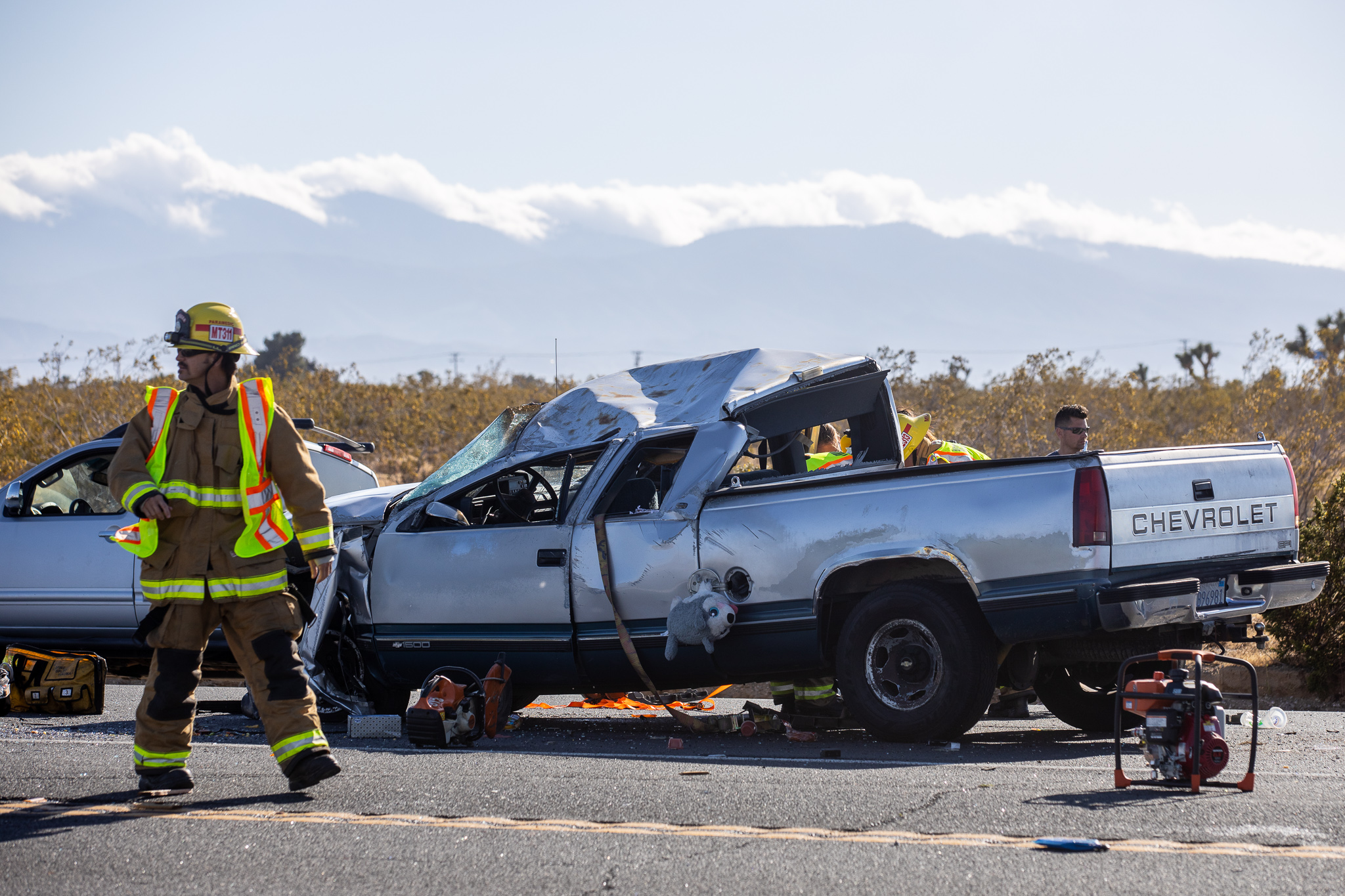 VICTORVILLE, Calif. (VVNG.com) — A woman is expected to be released from a hospital after she was pinned and injured during a rollover crash here Monday.

On May 20th, at about 5 p.m., a Mercy Air helicopter landed on Highway 395 near Sycamore Street to transport 22-year-old Alyssa Dominguez, a resident of Adelanto, to a trauma center.

Dominguez was driving northbound on Highway 395 Monday evening approaching Sycamore Street in her pickup truck when she collided with a Camry that was turning left in front of her, according to a previous VVNG article.

Her brother was a passenger in the pickup truck. After receiving a few stitches he went home the same day.

She is expected to be released from the hospital later this evening.

“I’m doing alright. A minor neck injury, a large hematoma on the scalp, 4 staples on my head, fractured wrist, general pain throughout the body,” said Dominguez. “Nothing too serious, very grateful for that, especially since the accident was so bad,” she said.

“I just want to say that I appreciate everyone that was concerned and grateful to the off duty firefighter that helped until the paramedics arrived,” the 22-year-old said emotionally.

“My brother and I were both very lucky and didn’t sustain any major injuries and I’ll be able to go home tonight. If it weren’t for seatbelts, things wouldn’t have gone the way it did,” Dominguez said.

The occupants of the Toyota were transported to a nearby hospital and have not contacted VVNG to provide an update on their condition.