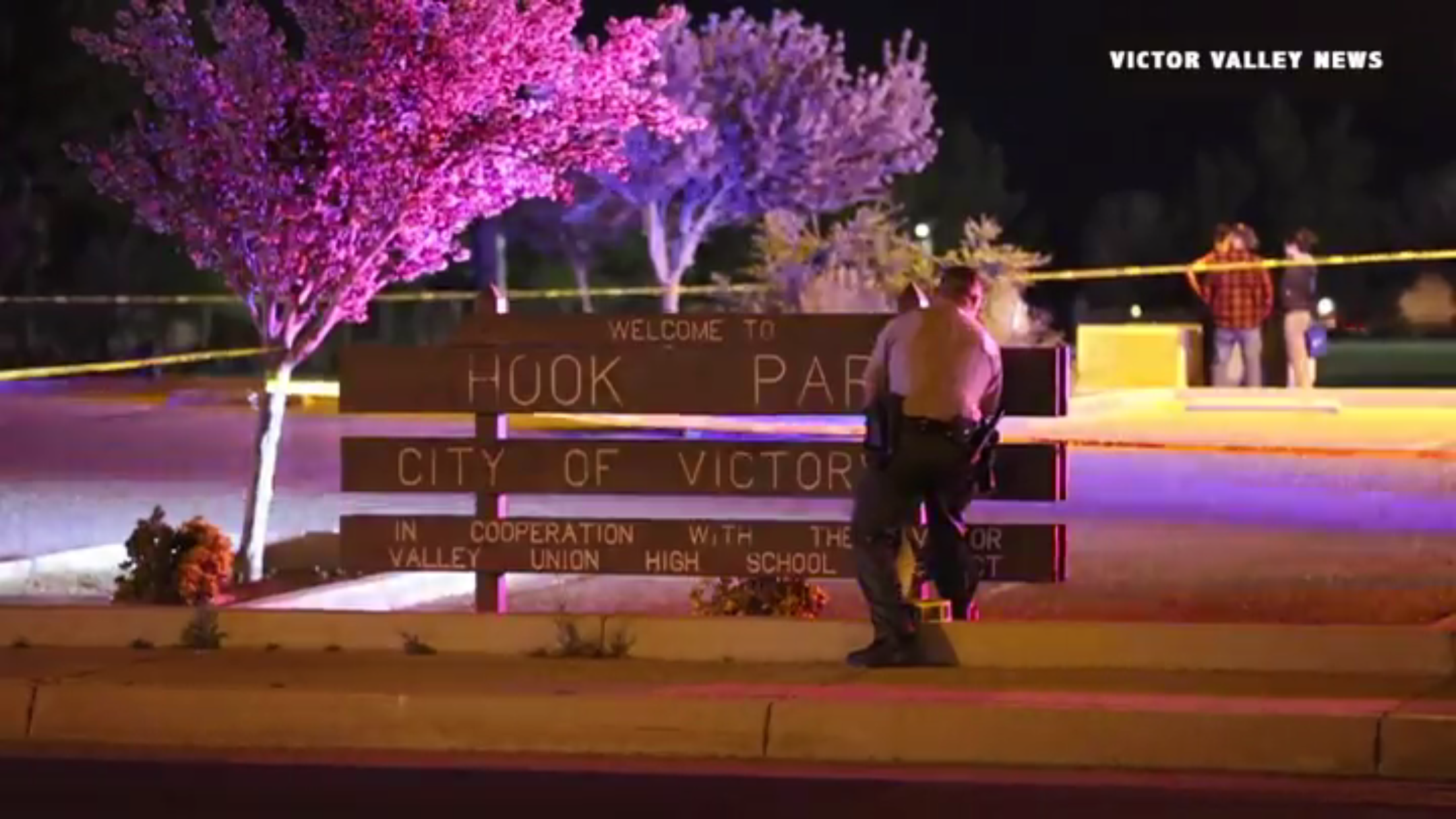 VICTORVILLE, Calif. (VVNG.com) A woman was pronounced dead after she was beaten to death at a local park Wednesday night.

At approximately 8:30 p.m. Deputies responded to reports of a man beating and stomping on a female at Hook Park located on 14973 Joshua St in Victorville near Hook Junior High School.

Deputies located the woman on the ground near the southwest corner of the park’s entrance.

When emergency personnel arrived they pronounced the woman deceased on scene at 8:38 p.m. and requested road closures for the immediate area to conduct a homicide investigation.

It’s unclear if the suspect has been apprehended at this time, however witnesses said Sheriff’s Deputies detained a man at gunpoint.

Authorities are interviewing several possible witnesses at the scene.

Hook Boulevard will be closed between Arlette Drive and Ashley Glenn Drive for several hours leading into the early morning.

No further information is available and the story is still developing. Join our Newsgroup for up to the minute updates. https://www.Facebook.com/groups/VictorValleyNews

Paid-Call Firefighter Arrested For Alleged Lewd Acts With a Child