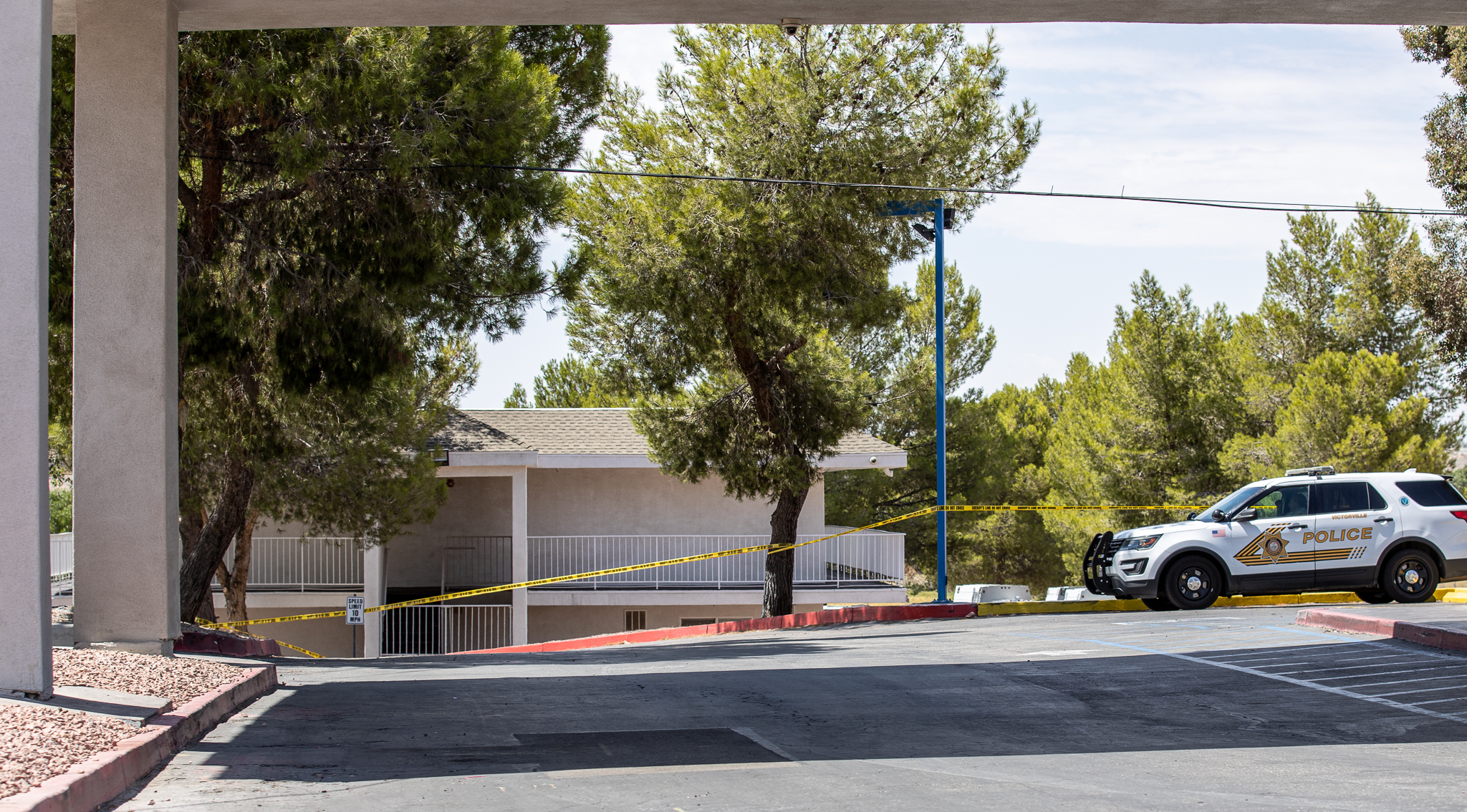 VICTORVILLE, Calif. (VVNG.com) –Police are searching for a murder suspect who killed a woman outside a Motel 6 on Labor Day Monday in Victorville.

Sheriff’s spokeswoman Jodi Miller told Victor Valley News Group a deceased female was located outside at the location and investigators with homicide detail are conducting an investigation.

Crime Scene Investigators were photographing and collecting evidence from inside rooms 117 and 116.

Paula Arndt and her four children were sleeping in an adjacent room when shots were fired. Paula was mortified when she realized two bullet holes struck above the bed her children slept in.

Paula said there were a few girls that were in and out of that room but she does not know who the victim is.

Miller said no additional information is being released at this time.  “This is an active investigation, a suspect has not been identified,” stated Miller.

Be sure to check back for updates or refresh this page.

Related Article: Woman killed outside Motel 6 in Victorville ID’d as Monica Flores, a mother of 6

Related Artice: Authorities arrest suspect who killed a woman outside Motel 6 in Victorville