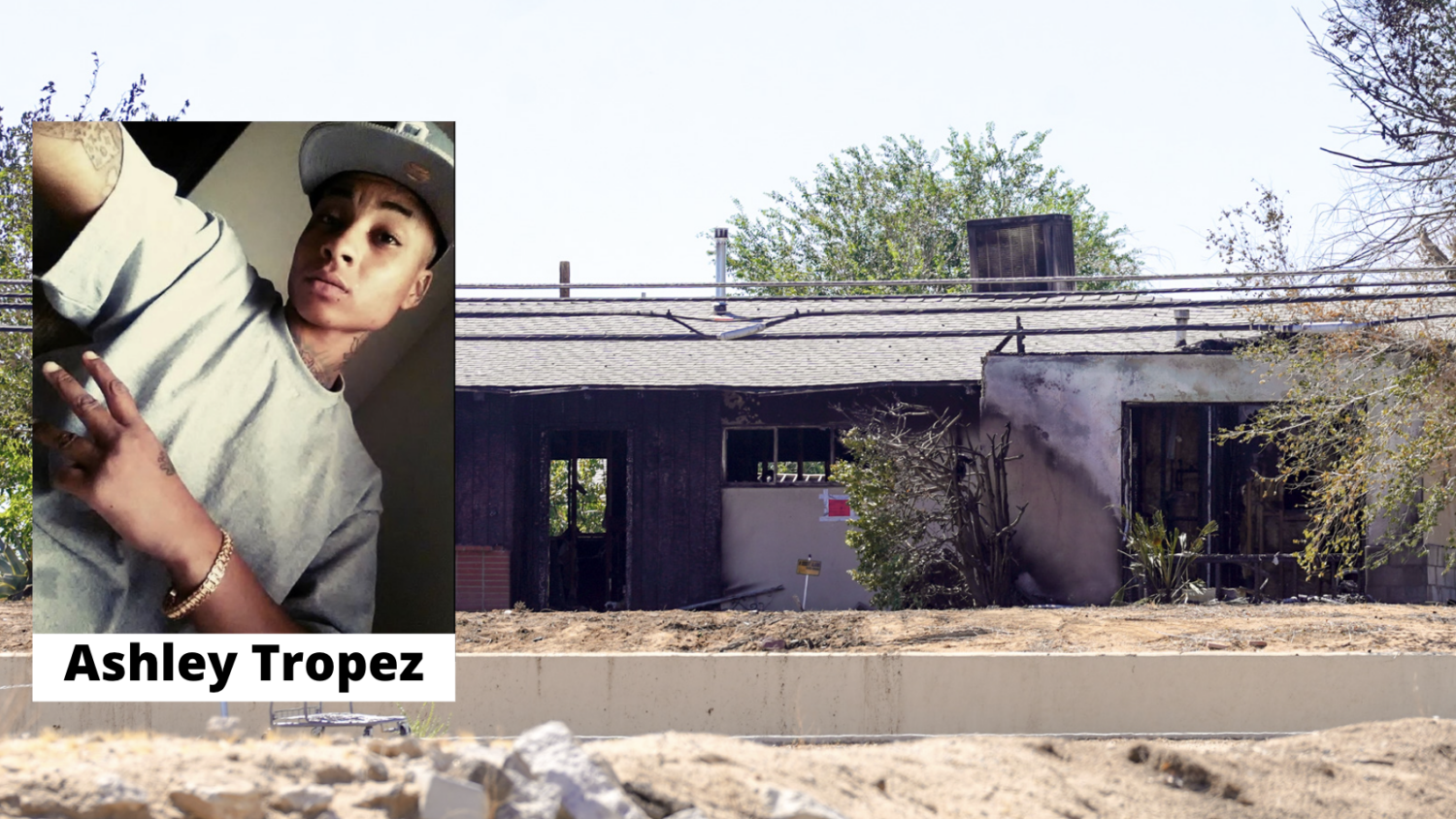 On Friday, August 26, 2022, at about 11:00 am., deputies with the Victorville Police Department responded to a report of a deceased person inside an abandoned house in the 16600 block of Victor Street.

Investigators learned Ashley and the suspect identified as 24-year-old Alexis Call were familiar with each other and may have been squatting at the residence.

Alexis Call was identified as the suspect and was arrested and booked at High Desert Detention Center for PC 187(A)-Murder.

The following morning, on Saturday, August 27th just before 3:00 am, Victorville City firefighters were dispatched to a residential structure fire in the 16600 block of Victor Street. Upon arrival, firefighters reported they had two separate structures on fire and requested a second-alarm response. Firefighters confirmed both homes were vacant and fully involved. The fires were knocked down and the causes are unknown.

Sheriff’s spokeswoman Mara Rodriguez confirmed there was a fire at the location of the homicide. “The investigators had already cleared the scene when the fire started. Victorville Fire Department is handling the investigation,” stated Rodriguez.

Many people remember Ashley from when she made an appearance on an episode of a popular TV show called “Beyond Scared Straight” in February 2013. A program for troubled teens where inmates revealed the reality of life in prison in hopes of deterring young adults from a life of crime.

One of the more popular clips circulating on social media shows a much younger Ashley confronting a San Bernardino County Sheriff’s Deputy inside of a jail facility. The deputy attempted to give Ashley a meal platter but she declined to eat. “You’d rather sit here and let all this gan banging **** come back out again. Because you’re feeling disrespected or whatever. Are you gonna eat this or not?” After continuing to refuse to eat the deputy throws the platter onto the floor and tells Ashley to clean up her mess but Ashley refuses. The deputy warns her that he will dump the other platter on her. ” You better dump it on me,” says Ashley. Eventually, two other girls were told to pick up the mess. The clip ends with the deputy telling Ashley “you can talk **** to me, you can talk back, you can put up a front. There’s only two places on earth you’re gonna end up if you don’t change, here and the other one is death.”

VVNG is attempting to verify Ashley’s age as close friends tell VVNG she was 28 and not 24 as initially reported in a press release.

Anyone with information about this case is to contact Deputy Vanayes Quezada, Specialized Investigations Division at (909) 890-4904. Callers can remain anonymous and contact We-Tip at 800-78CRIME or www.wetip.com