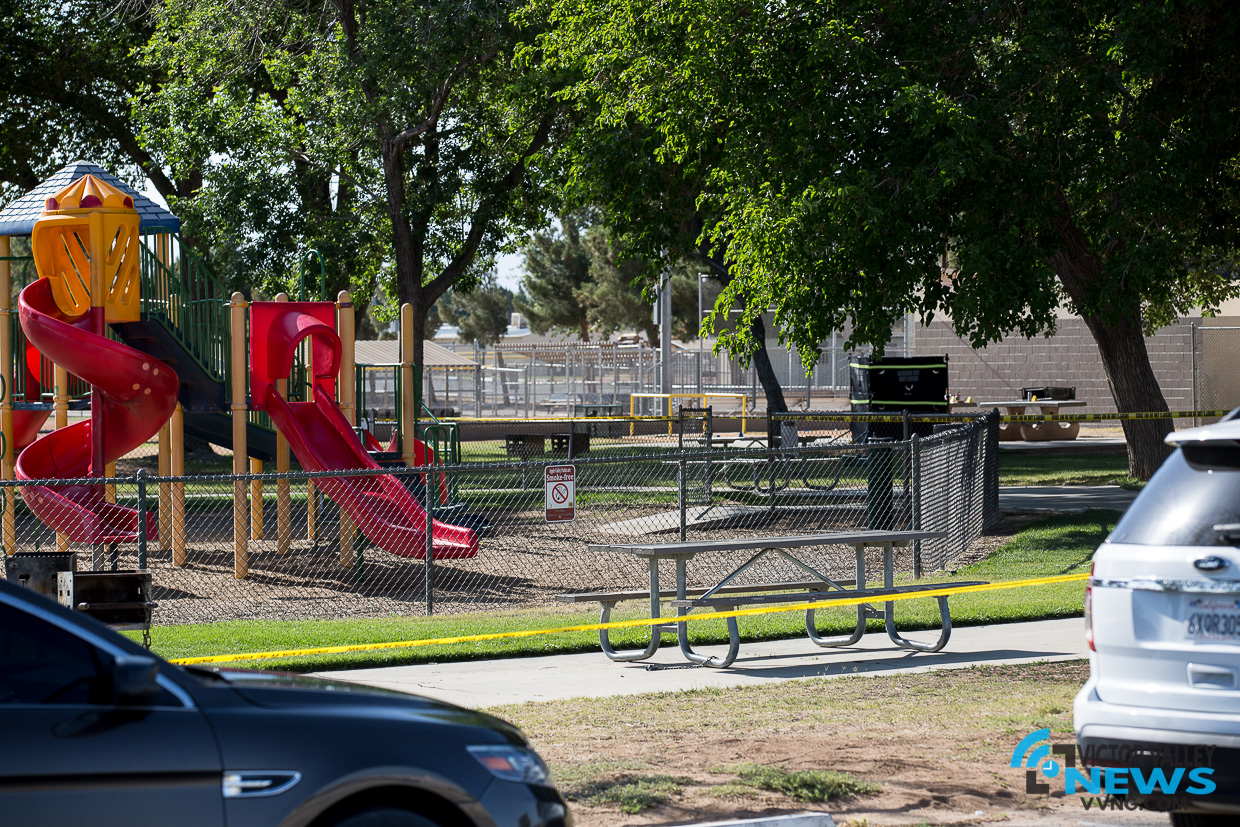 UPDATE 6/8 @ 1:50 PM — The victim has been identified as Monique Marty, 40-year-old, transient from the Town of Apple Valley.

APPLE VALLEY, Calif. (VVNG.com) — Authorities are conducting a homicide investigation after a woman was found murdered at James Woody Park in Apple Valley.

At about 1:50 am, on Friday, June 8, 2018, Apple Valley Sheriff’s Station Deputies were dispatched to the park located at 13467 Navajo Road regarding a deceased female.

According to Sergeant Marc Bracco, “Deputies arrived and determined the victim was murdered.”

Investigators from the San Bernardino County Sheriff’s Department Homicide Division responded to the scene and have assumed the investigation.

The victim’s body could be seen on the ground next to a concrete park bench with several bags and personal belongings on top. CSI investigators could be seen photographing a large crime scene area that contained back-packs, several open containers of alcohol, and a bike.

The victim is described as a White female adult, medium build, wearing a dark sweatshirt and jeans. Investigators are seeking the public’s assistance with the investigation.

An anonymous male at the scene told Victor Valley News, the woman is a local-transient who is always riding around on her bicycle. “She’s the nicest person I know out here and I don’t know why anybody would want to do this to her.”

Any witnesses or person with information regarding the murder is urged to contact the case agents, Detective Floyd Stone or Sergeant Michael Walker at (909) 501-7772.