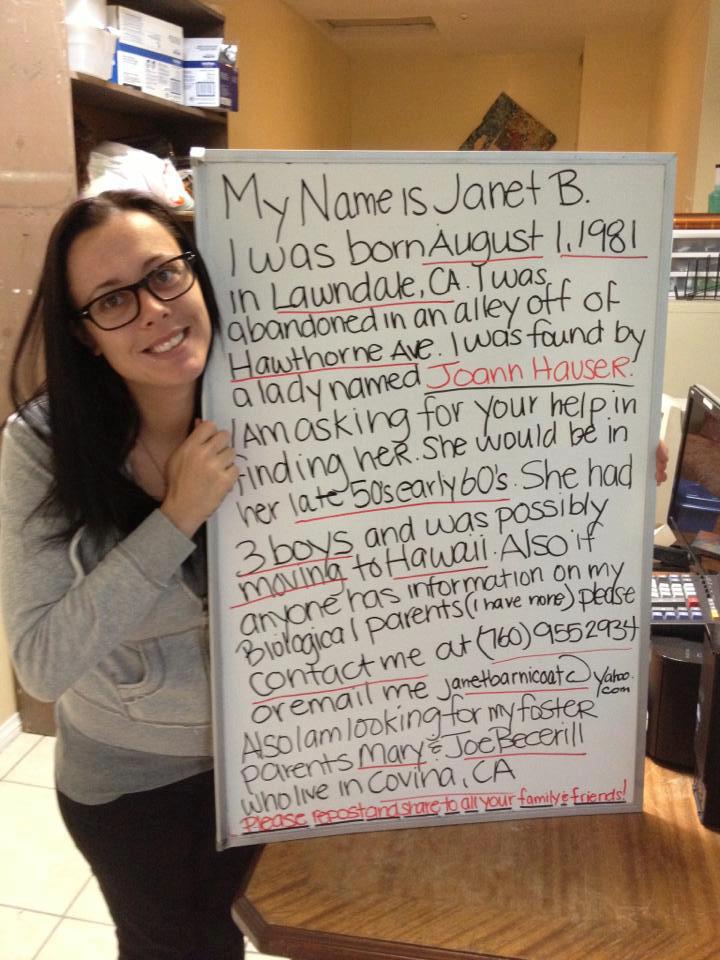 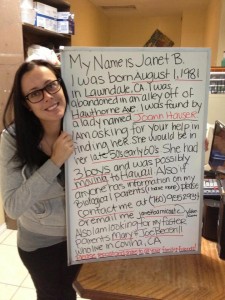 Baby abandoned and left to die in alley 31 years ago, now reunites with the woman who saved her life-

A local resident, Janet Barnicoat, was abandoned in an alley off Hawthorne avenue in Lawndale California, and may havedied as a result. It was a woman who found her and is the reason why she is alive today. As an adult, Janet’s wish was to find the woman, named Joann Hauser, to personally thank her for saving her life.

Janet decided to take an attempt at social media, by posting a picture of herself holding a white board containing hand written, detailed information regarding her past in hopes to find Hauser, amongst her biological parents (whom she has no info on) and the foster parents who cared for her prior to her adoption.

Several commenters on Victor Valley News’ Facebook page, shared valuable information, including the article that was in the newspaper when she was abandoned. The post was viewed by more than 240,000 people and hours later Janet was in touch with Hauser and the foster parents she searched for.

With the help of Victor Valley News and the public, Janet and Joann Hauser were reunited today at Joann’s home located in Torrance, Ca. The meeting was very emotional on both ends. Janet was kind enough to share the video with us. Thank you everyone who contributed in this effort.
CHECK OUT THE VIDEO HERE

Thank you Janet Barnicoat for allowing our community to play a part in this wonderful life changing event.