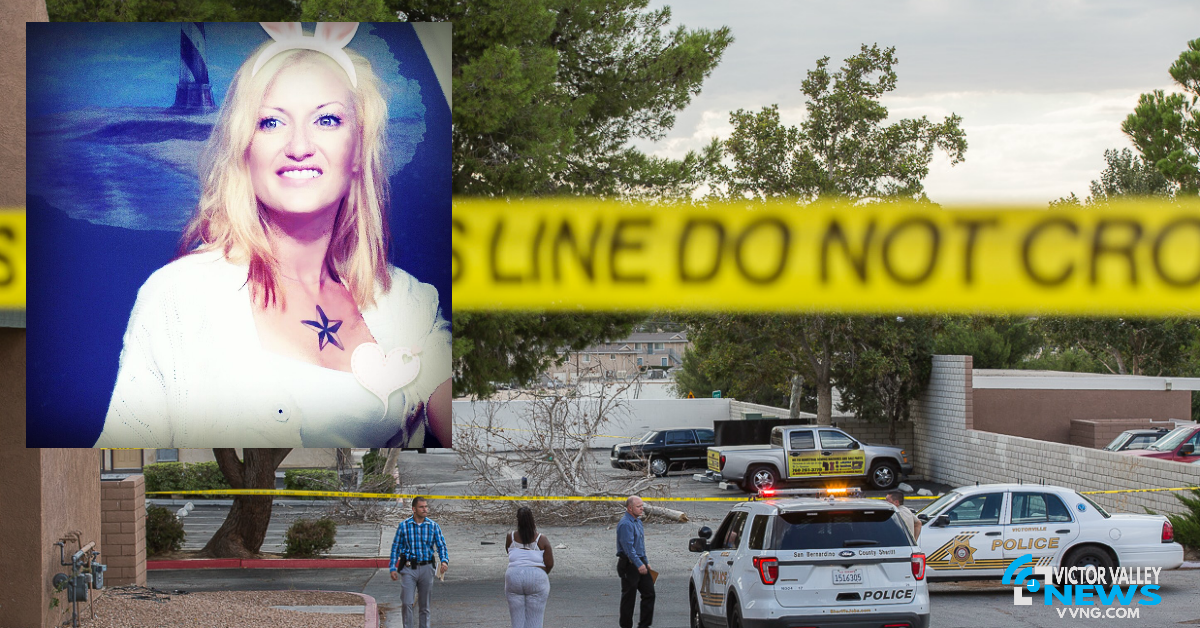 VICTORVILLE, Calif. (VVNG.com) A woman who was an accomplice to a crime, was killed after she was ran over by her boyfriend during an alleged carjacking, authorities said.

It happened at 1:45 p.m. Monday afternoon at the Rodeway Inn motel in Victorville located on the 15300 block of La Paz Drive.

Victorville Sheriff’s Spokesman Mara Rodriguez told Victor Valley News that deputies responded to reports of an attempted carjacking and that the suspect fled the scene in a U-Haul.

When deputies arrived on scene, they located the woman, later identified as Jacqueline Elizabeth Spaulding, lying on the ground in the parking lot. The 31-year-old Hesperia woman, was transported to Victor Valley Global Medical Center where she was pronounced dead.

Victor Valley News spoke with a friend of the victim who said Jackie was 6-8 months pregnant with her second child by Nelson. The couple was not married and together had a girl who’s about 4-years-old, however, Spaulding did not have custody of the child.

Officials would not confirm if Spaulding was pregnant citing a pending autopsy.

“Deputies learned the suspect, Joshua Nelson, stole a U-Haul truck from the location. As Nelson was leaving the scene, Jacqueline Spaulding attempted to get in the truck with him. The male victim, who had rented the truck, attempted to stop Nelson. Both victims fell to the ground and Spaulding was run over. The abandoned truck was located a short time later near Culver Road and Joshua Street,” officials said.

Joshua Nelson and Jacqueline Spaulding in a photo take in May. (Facebook)

An arrest warrant was issued for Nelson and on August 29, 2017, he was located and detained by the Sheriff’s Specialized Enforcement Division. Nelson will be booked at High Desert Detention Center for murder and carjacking.

Related Article:
Woman hit by a U-Haul Truck During alleged Carjacking in Victorville

Still no arrests for weekend shooting in Spring Valley Lake