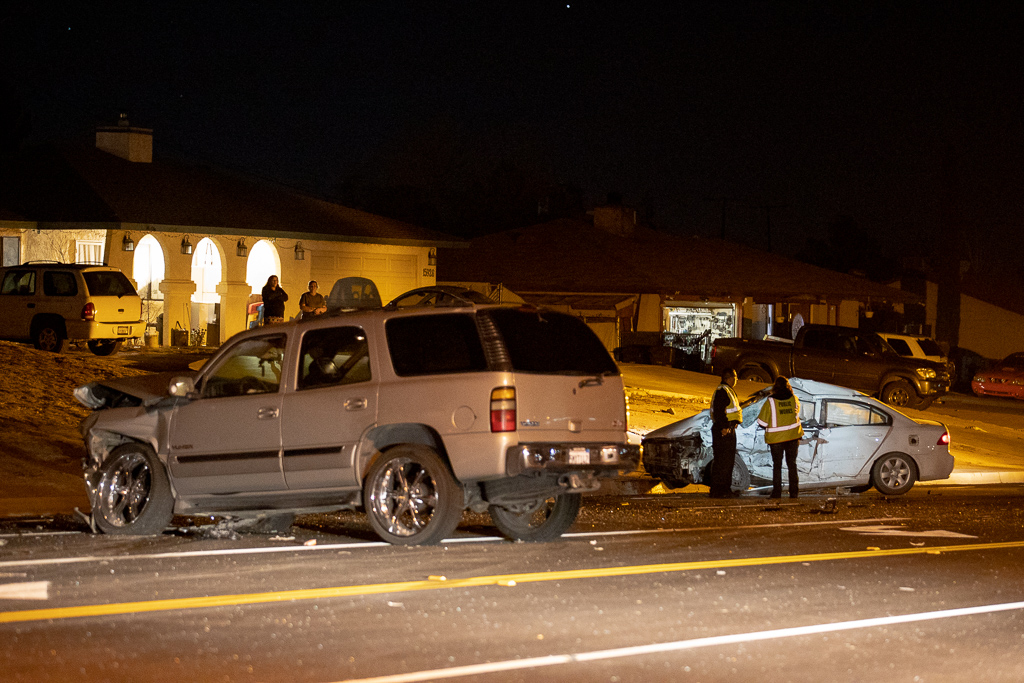 VICTORVILLE, Calif. (VVNG.com) — A two-vehicle crash claimed the life of a woman on Village Drive in Victorville Thursday night.

The traffic accident was reported at 5:54 p.m. near the intersection of Eto Camino Road and Village Drive.

A female driver of a white Kia Optima was pronounced deceased on scene, she was the only passenger in that vehicle

Four other people from the SUV suffered minor to major injuries. One person from the SUV was airlifted to a trauma center.

Regina Gutierrez, a nearby resident who helped the victims until first responders arrived, told Victor Valley News that two children were amongst those injured.

“It’s dangerous at night because it’s so dark,” stated Gutierrez. “The other night I was almost t-boned by a car on this street that didn’t have their headlights on. We need more lighting.”

Through investigation, deputies determined that the white Kia Optima was driving west on Eto Camino Road and the silver GMC Yukon was driving north on Village Drive. The driver of the Kia crossed the northbound lanes of Village Drive in the path of the oncoming GMC. The GMC collided with the driver side of the Kia, causing major damage to both vehicles.

Anyone who may have witnessed the crash is urged to contact the Victorville Police Department at (760) 245-2911.