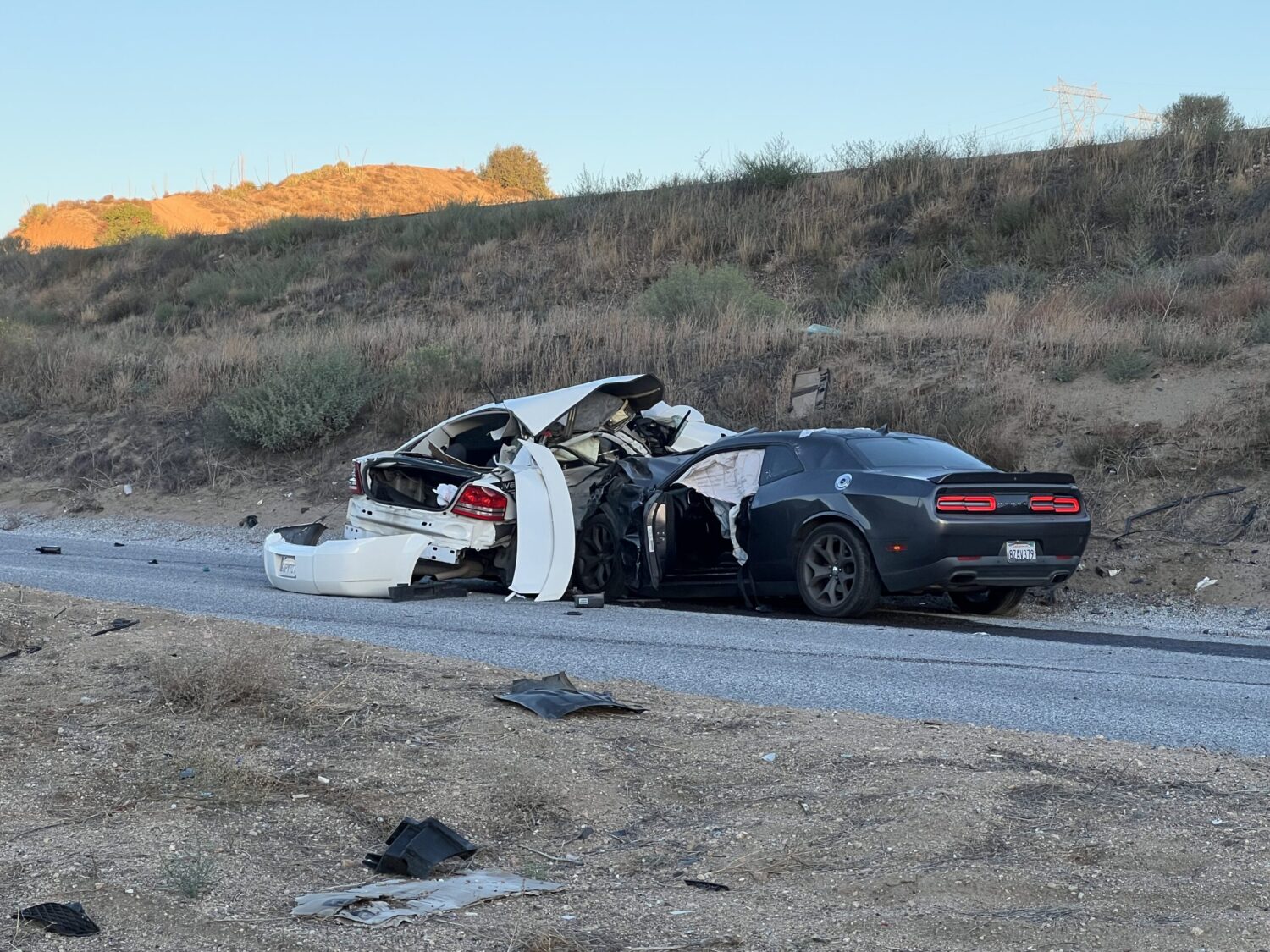 HESPERIA, Calif. (VVNG.com) — A woman was killed and a man was airlifted in critical condition after an early morning traffic collision in Hesperia.

San Bernardino County Fire responded and pronounced the female driver of the white sedan deceased at the scene. Firefighters requested a helicopter to airlift the male driver of the other vehicle to Loma Linda University Medical Center.

Firefighters used the jaws of life to remove the door from the mangled white vehicle in preparation for the coroner to arrive.

While officers investigated, Summit Valley Road was shut down near the Hesperia Airport at Foley Street. Neither of the involved vehicles had passengers at the time of the crash.

The Victorville CHP station is handling the investigation into the cause of the accident and additional information will be updated as it becomes available.

Pedestrian hit by a vehicle on Bear Valley Road in Victorville