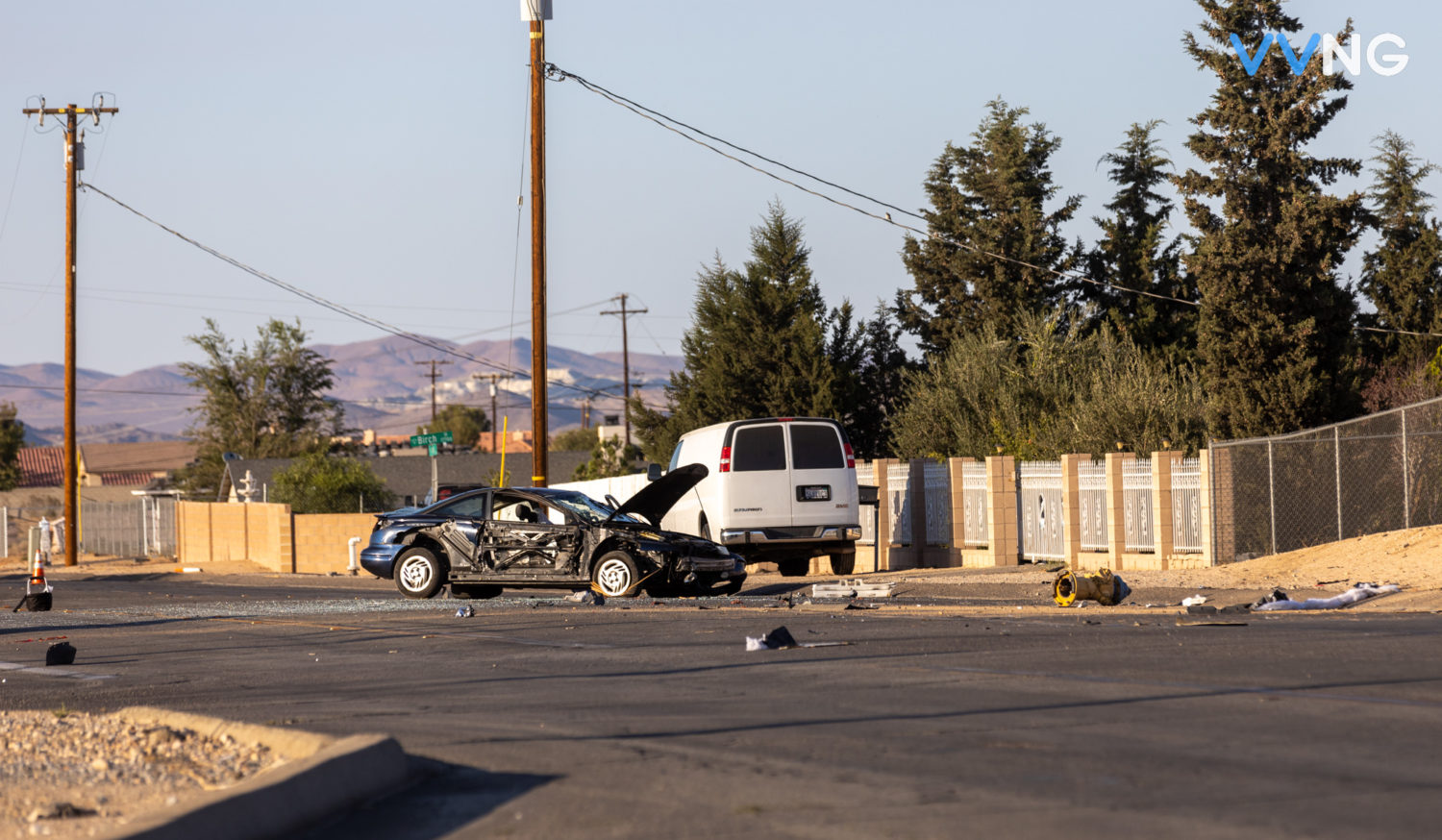 HESPERIA, Calif. (VVNG.com) — A woman was killed in a single-vehicle traffic collision Sunday afternoon in Hesperia.

The crash was reported at 2:37 pm, on October 3, 2021, in the 11500 block of I Avenue near Catalpa Street. San Bernardino County Firefighters responded to the incident and pronounced the sole-occupant of a 1997 Saturn deceased at the scene.

A member of the VVNG Facebook group named Matt C. commented and said he watched the crash happened and described the driver as an older lady between 70-80 years of age. Matt said her vehicle hit a power pole, fire hydrant, and flipped multiple times. “No seat belt to help her, unfortunately, she was gone on impact. Prayers to the family” commented Matt C.

I Avenue was closed between Eucalyptus and Birch Streets for several hours as deputies investigated the crash and waited for the coroners to arrive.

The identity of the deceased woman will be released pending notification of the next of kin.

The official cause of the accident is under investigation by the Hesperia Sheriff’s Station and anyone with information is asked to call 760-947-1500.

UPDATE 10/4 — The deceased woman was identified as Jeanne Conrow, 81, a resident of Hesperia. It is still under investigation whether drugs and/or alcohol were a factor in this crash. Anyone who may have witnessed the collision is urged to contact Deputy D. Holland at the Hesperia Station at (760) 947-1500. Those wishing to remain anonymous may call We-Tip at 800-78-CRIME or www.wetip.com.