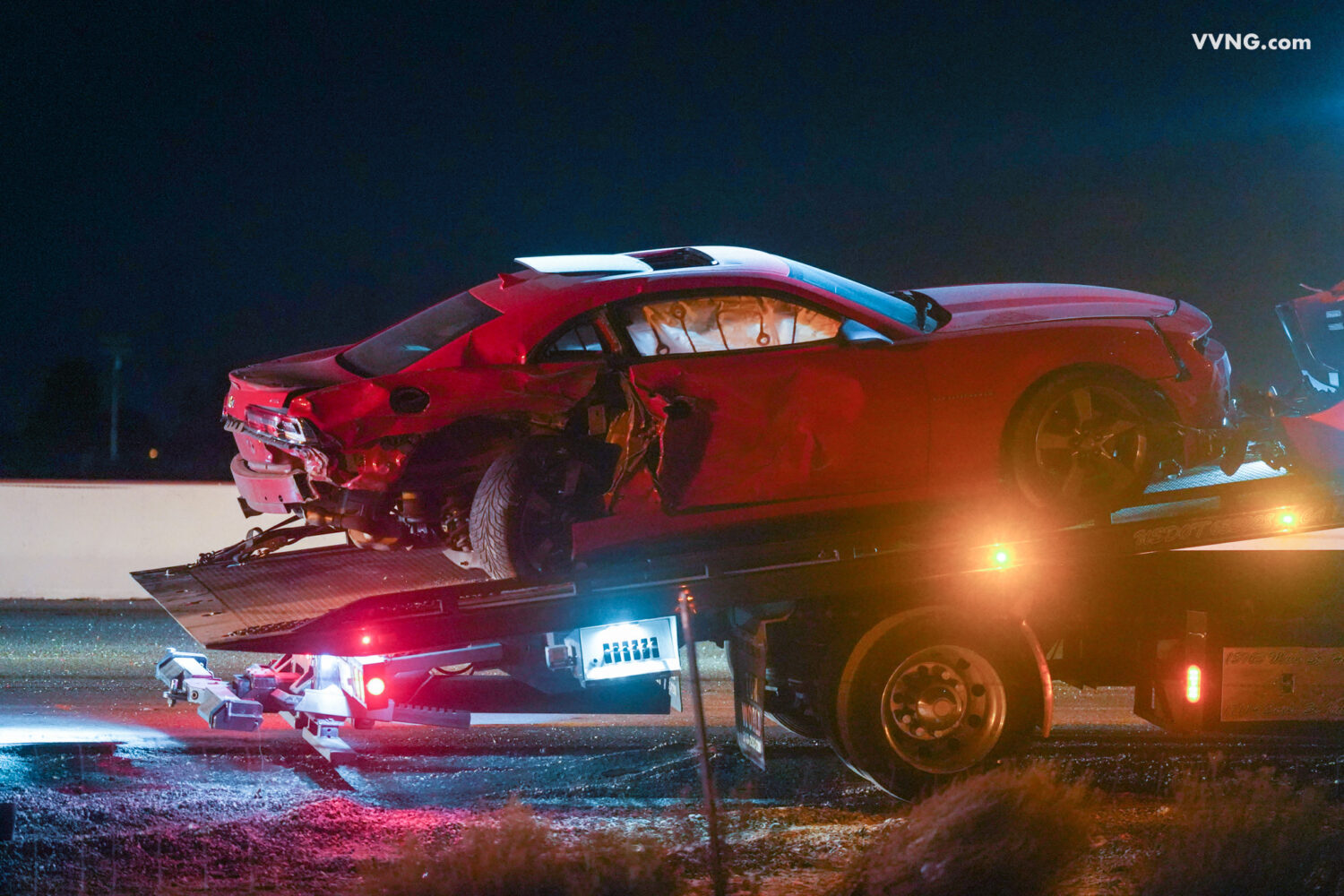 HESPERIA, Calif. (VVNG.com) — A woman was killed in a late-night multi-vehicle traffic collision on the 15 freeway in Hesperia.

It happened at 12:27 am, on Sunday, August 21, 2022, on the northbound I-15, south of Bear Valley Road. The crash involved 4-5 vehicles including a Mercedez C300 that overturned and landed along the right shoulder in a drainage ditch.

The traffic accident blocked all lanes of the freeway causing traffic to come to a complete stop for about an hour. Firefighters from San Bernardino County Fire responded and pronounced one person deceased at the scene.

A female with head injuries was transported to a local hospital and two other people suffered minor injuries.

Witnesses said the family of the deceased woman arrived shortly after the crash. Her identity has not yet been released.

The investigation was wrapped up and the roadway was cleared just before 5:00 am. The cause of the accident remains under investigation by the California Highway Patrol Victorville station.

Nicole Tartaglio, a member of the VVNG Facebook group, commented the following:

“It wasn’t the red Camaro, it was a black Camaro that was the cause of the accident. The black Camaro was weaving in and out of traffic, coming up the hill. He came so up fast behind me I thought he was going to rear-end us. He almost took out my bumper before he switched lanes & continued to weave in and out of traffic. That’s when I saw him run another car off the road then swerved back into lanes…that’s when the car started to flip. It happened a few cars in front of us. Unfortunately, I saw everything that happened. I was in the slow lane when I came upon the innocent woman who lost her life. I pulled over to check on her & to shield her from other cars but people didn’t like that and started honking at me to move my car. I checked her for a pulse, sadly, there wasn’t one. I stayed with her as long as I was able to…I didn’t want to leave her alone. Once CHP started their investigations we had to leave. I want her family to know how deeply sorry I am for their loss and to know that she wasn’t alone. I was there with her, I didn’t leave her side.”