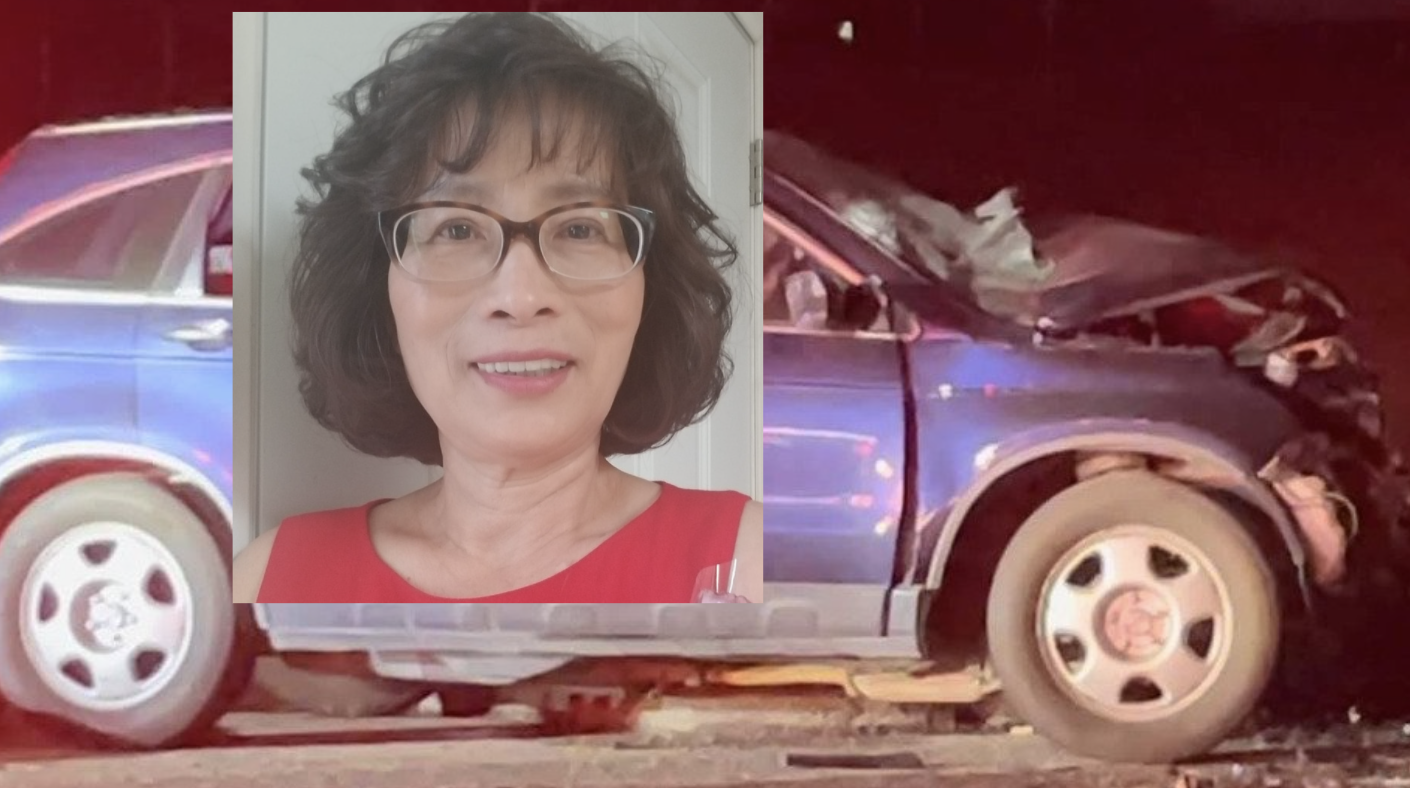 HESPERIA, Calif. (VVNG.com) — A woman killed in a head-on crash Tuesday night in Hesperia was identified as 62-year-old EunHee Sims.

Sheriff’s officials said the driver of the Toyota, Joe Martinez, 62, a resident of Colton, was north on Hesperia Road when for unknown reasons his vehicle veered into the southbound lane and collided head-on with the Honda.

The crash left Martinez trapped and firefighters used the jaws of life to extricate him from the vehicle. He was transported by ambulance to Desert Valley Hospital and subsequently airlifted to a trauma center for treatment of unknown injuries.

VVNG member Alex Hernandez said the driver of the Toyota was swerving and appeared to be intoxicated and nearly collided with his wife’s vehicle just moments before the fatal crash. “Luckily she was able to swerve off into the dirt and avoided a collision,” he stated.

Friends and co-workers in disbelief over the tragic news said Eunhee or as they called her “Eve” was a long-time employee at Apple Tooth on Mariposa Road in Victorville.

VVNG member Jessika Ann McGinnis commented in a group post and said, “I can’t believe it was her. She was an amazing person. We were laughing just yesterday at work. I’m going to miss her so much. She was an amazing kind person. Prayers to her family. My heart is broken.”

According to her friend Deanna Bazzar, Eunhee was to leave after work to go visit her daughter and grandbaby. “She was so excited to go visit for a long weekend. Her kids and grandbabies were her whole life. I will miss all the beautiful pics and stories that she showed all the time of her grandkids. I hate that this happened and she was taken away from her family and all of us who loved her so deeply.”

Hesperia Road from Sycamore Street to Eucalyptus Street was closed for several hours while deputies from the Hesperia Major Accident Investigation Team processed the scene.

Sheriff’s officials said that during the investigation, investigators learned Martinez was wanted for an on-going felony criminal threats investigation against family members, earlier in the day, but fled the residence before deputies arrived.

Investigators are currently trying to determine if drugs and/or alcohol were a factor in the collision. Anyone with information or anyone who may have witnessed the collision is asked to contact Deputy Frankie Zavala or Sergeant Brendan Motley at the Hesperia Station, (760) 947-1500.