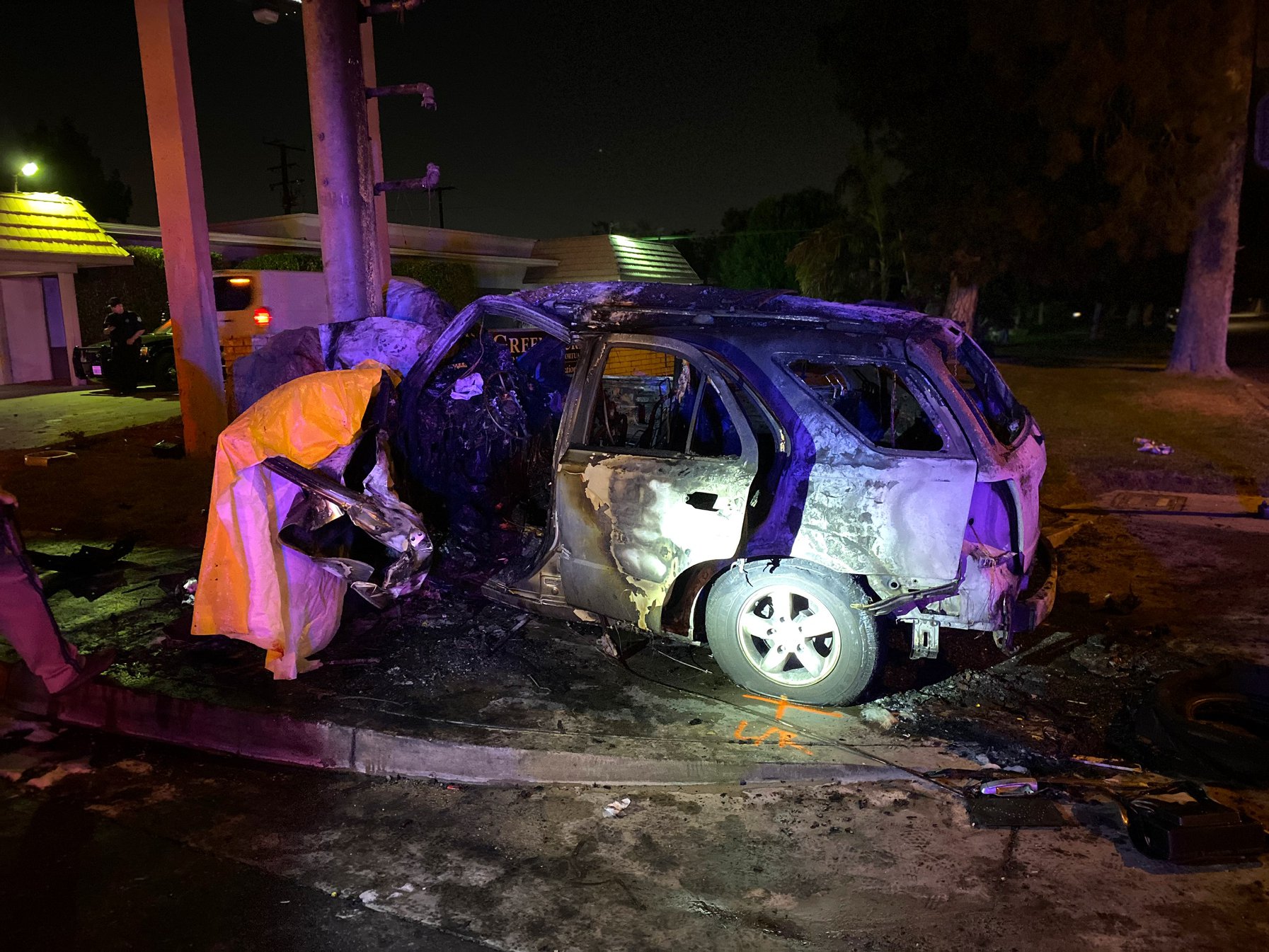 BLOOMINGTON, Calif. (VVNG.com) — A woman was killed in a fiery crash in the city of Bloomington Sunday night.

It happened on November 10, 2019, at about 8:00 pm at the corner of Cedar Avenue and 7th Street, in the community of Crestmore.

Dispatch was notified of an SUV that struck a traffic signal pole at the corner of the Green Acres Memorial Park & Mortuary and the vehicle had caught fire.

According to a post from San Bernardino County Fire, fire crews responded to the incident to find the SUV with one occupant fully engulfed with fire.

“Bystanders that witnessed the accident attempted to extinguish the flames and remove the driver from the vehicle were unsuccessful. After the fire was extinguished the female driver was determined to be deceased at the scene,” stated officials in the post.

The official cause of the accident remains under investigation.

The identity of the deceased will be released by the San Bernardino County Coroners Office pending notification of next of kin.