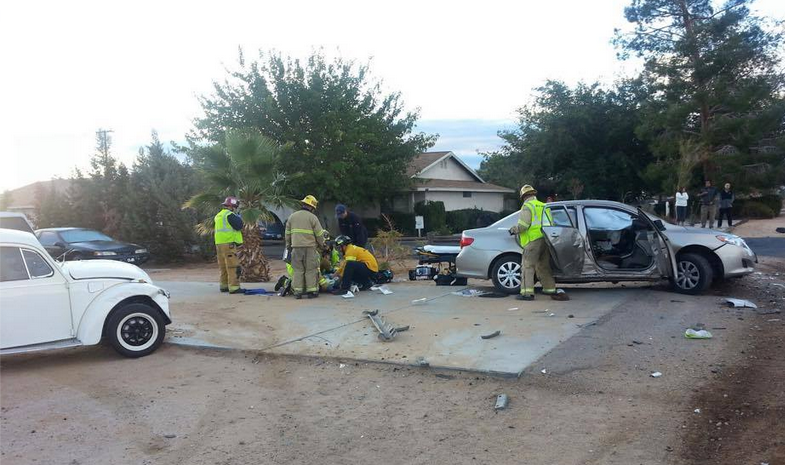 APPLE VALLEY: (VVNG.com)- At 6:30 a.m. on Sunday November 2nd dispatch received a call reporting an accident in the area of Kiowa Road and Pahute Avenue. The report indicated that a white 4 door Dodge sedan had hit two parked vehicles also striking a woman who was standing near her Toyota Corolla.

The second vehicle hit was a white Volkswagen Beetle that had no occupants at the time of collision. The severely injured woman was airlifted and was pronounced dead at approximately 9:15 a.m. The male driver of the white 4 door sedan was transported by ground ambulance with unknown injuries.

The accident is currently under investigation, there is no further information at this time. The name of the deceased female will be released pending notification of next of kin. Information will be updated as it is received.