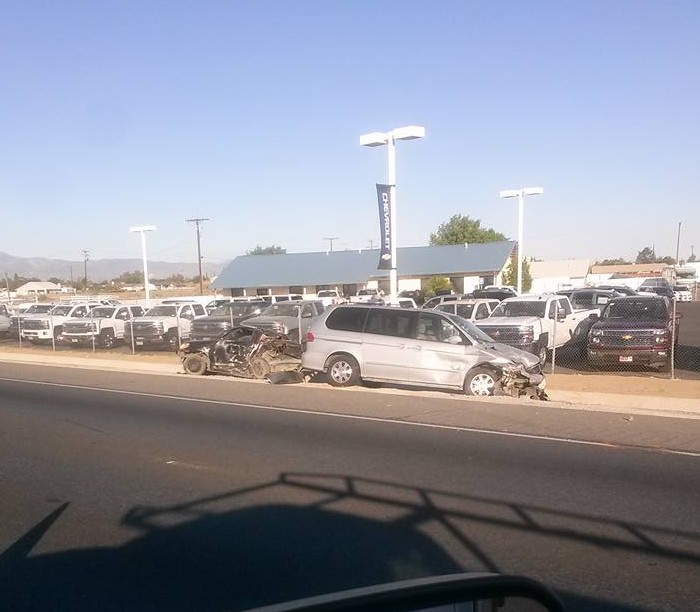 VICTORVILLE:(VVNG.com)- The San Bernardino Coroner’s Department is working on identifying a female who was killed in an early morning crash on the southbound 15 freeway.

The unidentified female driver of a black 2000 Toyota Echo was in the no. 1 lane, in excess of 70 MPH. 54-year-old Victorville resident, Mr. Ortega, was driving his 2003 Honda Odyssey in the #3 lane, south of Palmdale Road, at approximately 55-60 MPH.

According to California Highway Patrol Officer Shawn Gordon, A witness told CHP officers the Toyota Echo began to swerve out of control for unknown reasons.

Witnesses stopped to attempt medical aid. Jane Doe was pronounced deceased at the scene of the collision.

Mr. Ortega sustained minor injuries, was treated by San Bernardino County Fire Department and refused medical aid. Details regarding the cause of the collision are under investigation by the Victorville CHP office.

If there is anyone with information regarding the collision please call 760-241-1186, to speak with Officer Gordon.