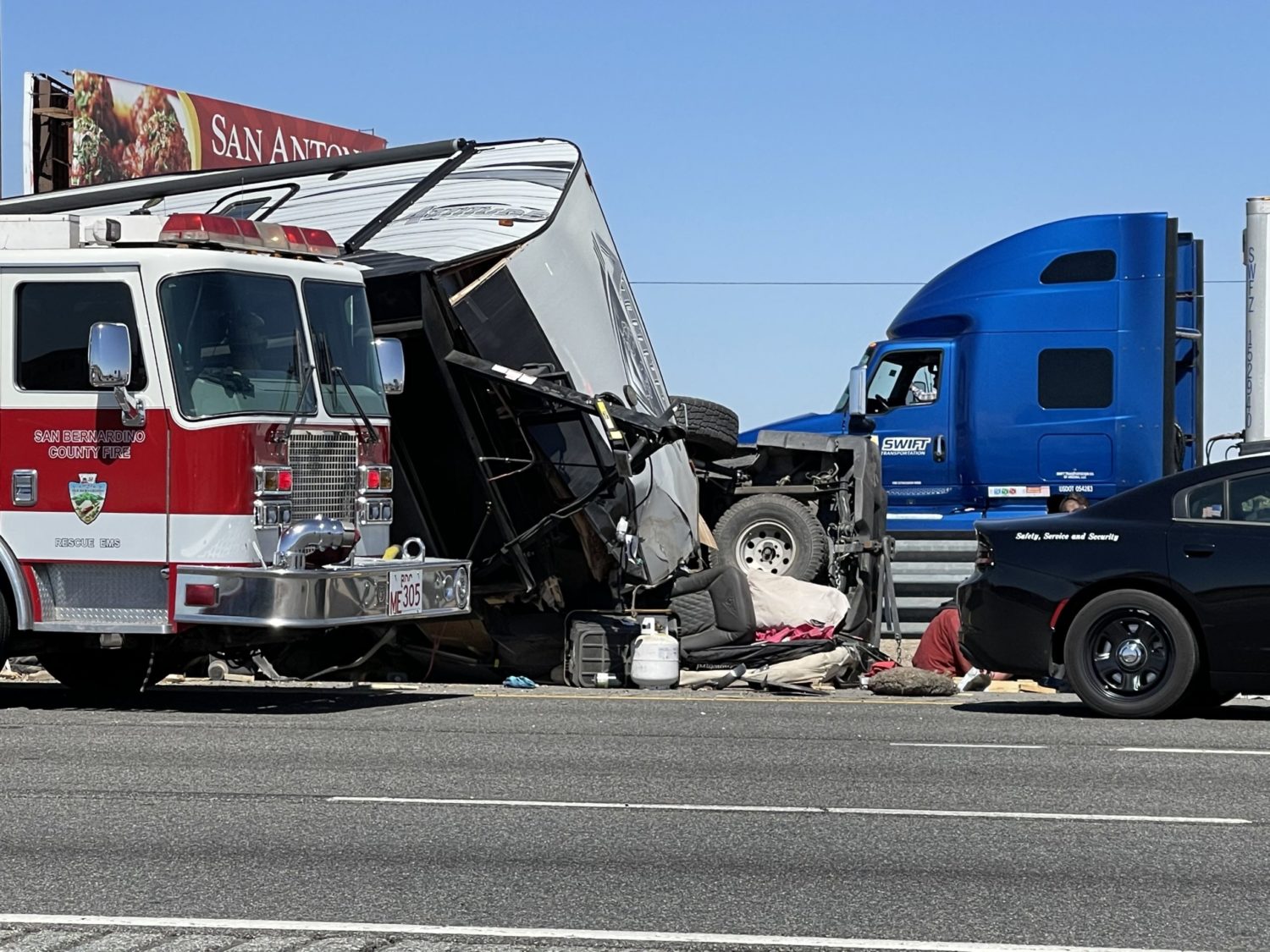 UPDATE: Witnesses stated the person who passed away was a young boy and not a woman as initially reported. However, officials have not confirmed. This is a developing story and additional information will be updated as it becomes available.

HESPERIA, Calif. (VVNG.com) –– A person was killed Saturday morning in a crash on the 15 freeway in Hesperia.

The call was dispatched just before 10 a.m., Saturday, May 15, on the northbound 15 freeway about half-mile north of Main Street.

When San Bernardino County Fire arrived on scene, they located a pickup truck with major damage and an overturned trailer that was being hauled by the pickup truck.

Despite life saving measures, firefighters pronounced a woman dead at the scene.

The California Highway Patrol logs confirmed that the #1 and #2 lane was blocked. Traffic in the immediate area is severely backed up for several miles as a result of the crash.

“His trailer was swerving, I wanted to slow down to tell him, but it was too late. He wasn’t going fast and was in the slow lane,” Vane Garcia commented on a Victor Valley News Facebook post.

No further details were immediately available. CHP – Victorville office – is investigating the crash.

2,000 oxycodone pills and guns found during a search warrant in Victorville