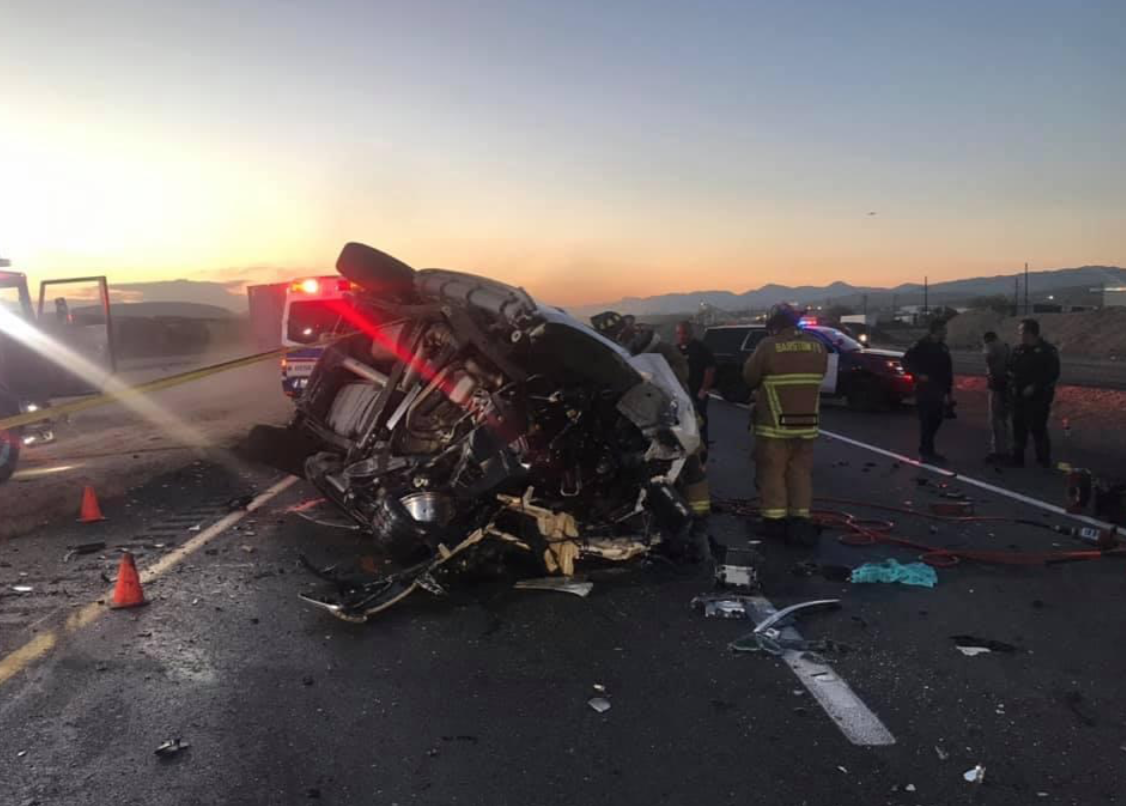 At about 5:22 am, the California Highway Patrol broadcasted a call of a wrong-way driver on the I-40, west of the Marine Corp Logistics Base (MCLB) off-ramp.

According to a news release, a woman in a 2017 Chevrolet Suburban was traveling westbound in the eastbound lanes when she crashed with a 2018 Freightliner trailer combination.

That woman was pronounced deceased at the scene, while the driver of the semi, a 40-year-old male from Springfield, MO was uninjured. A 55-year-old passenger that was asleep in the sleeper during the collision sustained minor injuries.

According to the release, the SUV collided head-on with the Freightliner that was traveling in the no.2 lane.

“After the collision, the tractor-trailer combination came to rest on its wheels, facing in a southeasterly direction, on the right shoulder of eastbound I-40. The Chevrolet was propelled backwards, approximately 100 feet, and came to rest on its left side, facing a westerly direction, within the #1 lane of eastbound I-40,” stated the news release.

The female driver who died in the crash has not been identified.

As a reminder, always be aware of your surroundings, especially during the nighttime hours.