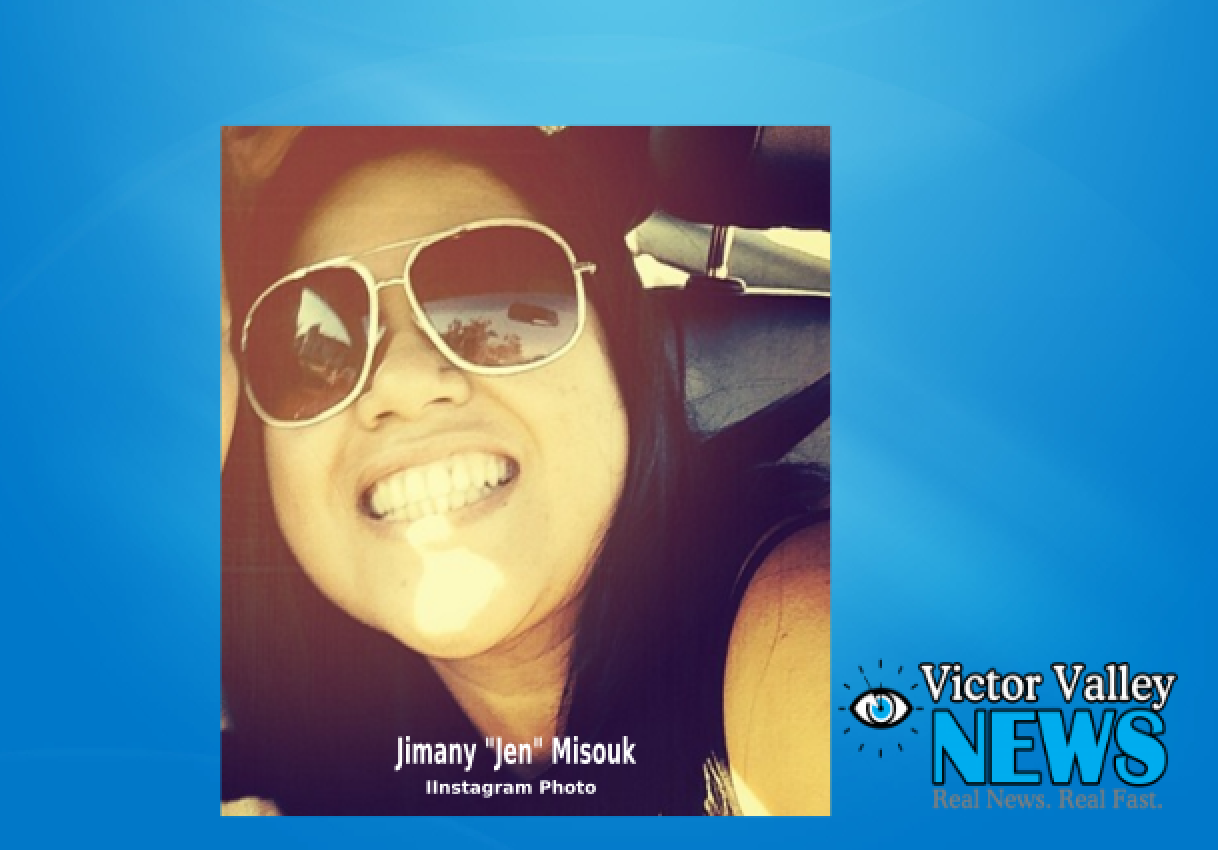 APPLE VALLEY-(VVNG.com): A 32-year-old Big Bear woman died Tuesday morning as a result of head on collision on State Route 18 near Lovelace Canyon Road in Apple Valley. The woman, identified as Jimany “Jen” Misouk was driving with her boyfriend, Chris  according to family.

Misouk was driving eastbound on State Route 18 when for unknown reasons a blue Ford Ranger, driven by an off-duty deputy, lost control causing him to travel westbound in eastbound lanes hitting the Subaru Legacy head-on. Misouk was pronounced dead at the scene, her boyfriend was airlifted to a trauma center for

treatment of his injuries and remains in critical condition. The driver of the Ford Ranger, identified as Deputy Stan Conway, a 15-year veteran of the Sheriff’s Department was also airlifted to a trauma center for treatment of serious injuries.

Misouk’s brother-in-law Billy Wong wrote on a gofundme account, “Jen was the love of our lives and we will never ever forget that smile. She will be forever missed by her family of her mother, sisters, brother, nieces, nephews and the loves of her life, her two daughters.”

Long time friend Emily Brown said, “Please help the family A lot of people here knew her. She was one of the operations managers at Big Bear Vacations so she had to deal with suppliers and supply houses and vendors all day long. Most of which were in the Victorville area.”

A Go Fund Me account  has also been set up to start a scholarship trust for Misouk’s daughters. Her employer, Big Bear Vacations plans to match the donations on this account.