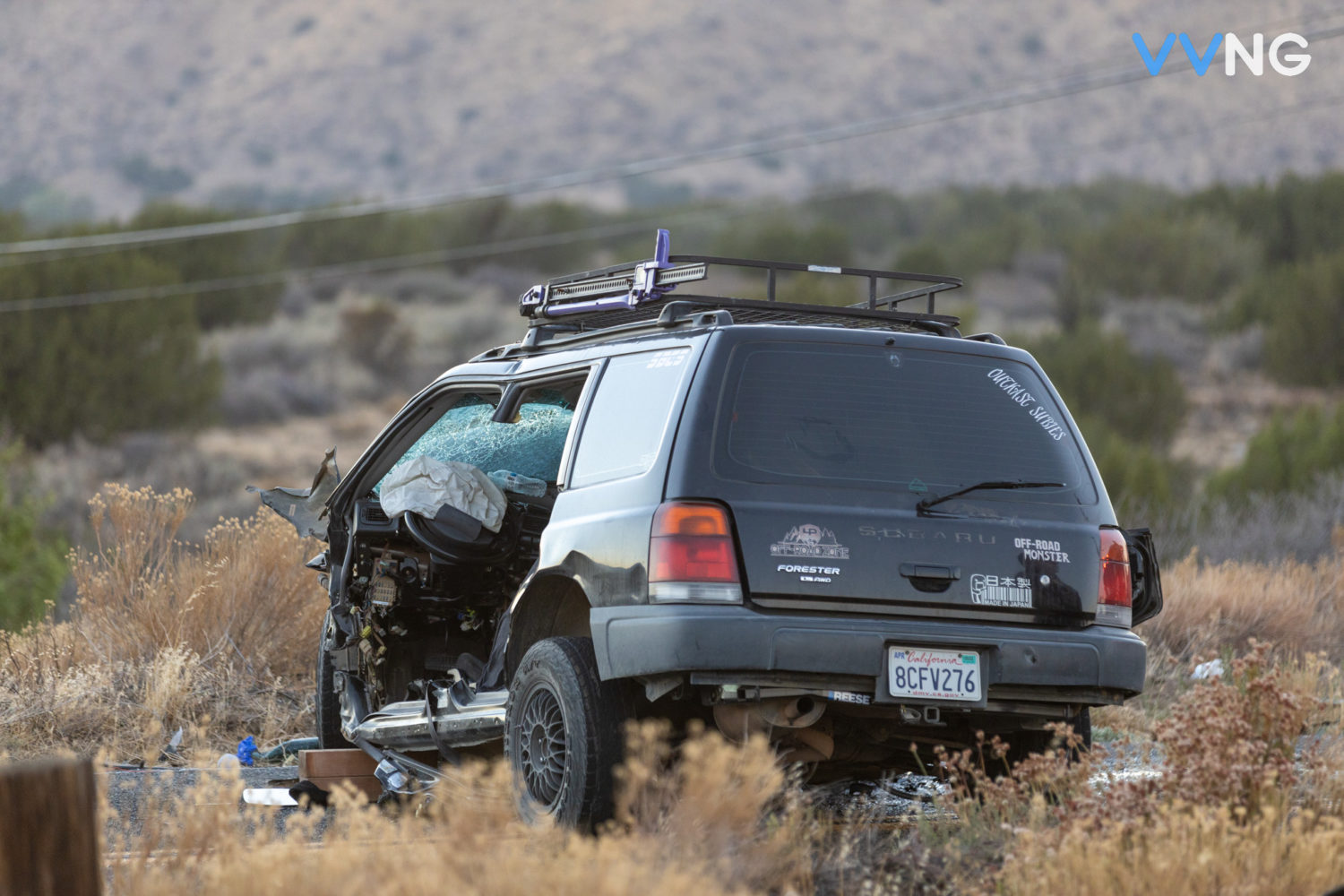 HESPERIA, Calif. (VVNG.com) — Authorities are continuing to search for a driver involved in a hit-and-run crash that claimed the life of a 50-year-old woman Wednesday evening in Hesperia.

The head-on collision was reported just after 6:30 p.m. along Highway 173 near the Mojave River Forks Regional Park and involved two vehicles, a black 1999 Subaru Forester and a gold-colored 2003 Buick Century.

San Bernardino County Firefighters responded to the incident and pronounced the right front passenger of the Subaru deceased at the scene. The driver of the Subaru, a 50-year-old male was critically injured and airlifted by helicopter to Loma Linda Medical Center. Two children ages 10 and 12 had complaints of pain but were not seriously injured.

A witness camping nearby said the Subaru was occupied by grandparents from Victorville taking their grandkids to see a nearby waterfall.

According to information published to the CHP incident logs, the suspect was described as a white male adult last seen wearing a black beanie, black shirt, and blue jeans. He was described as 5’9″, having a slim build, approx. 60-65 years old and was wearing a watch on his right wrist.

The identity of the deceased woman is being withheld pending positive identification and notification of next of kin.

CHP Officer B. Vessels told VVNG the driver is still outstanding and the investigation is ongoing. Anyone with information regarding this crash is asked to call Victorville CHP at 760-241-1186.