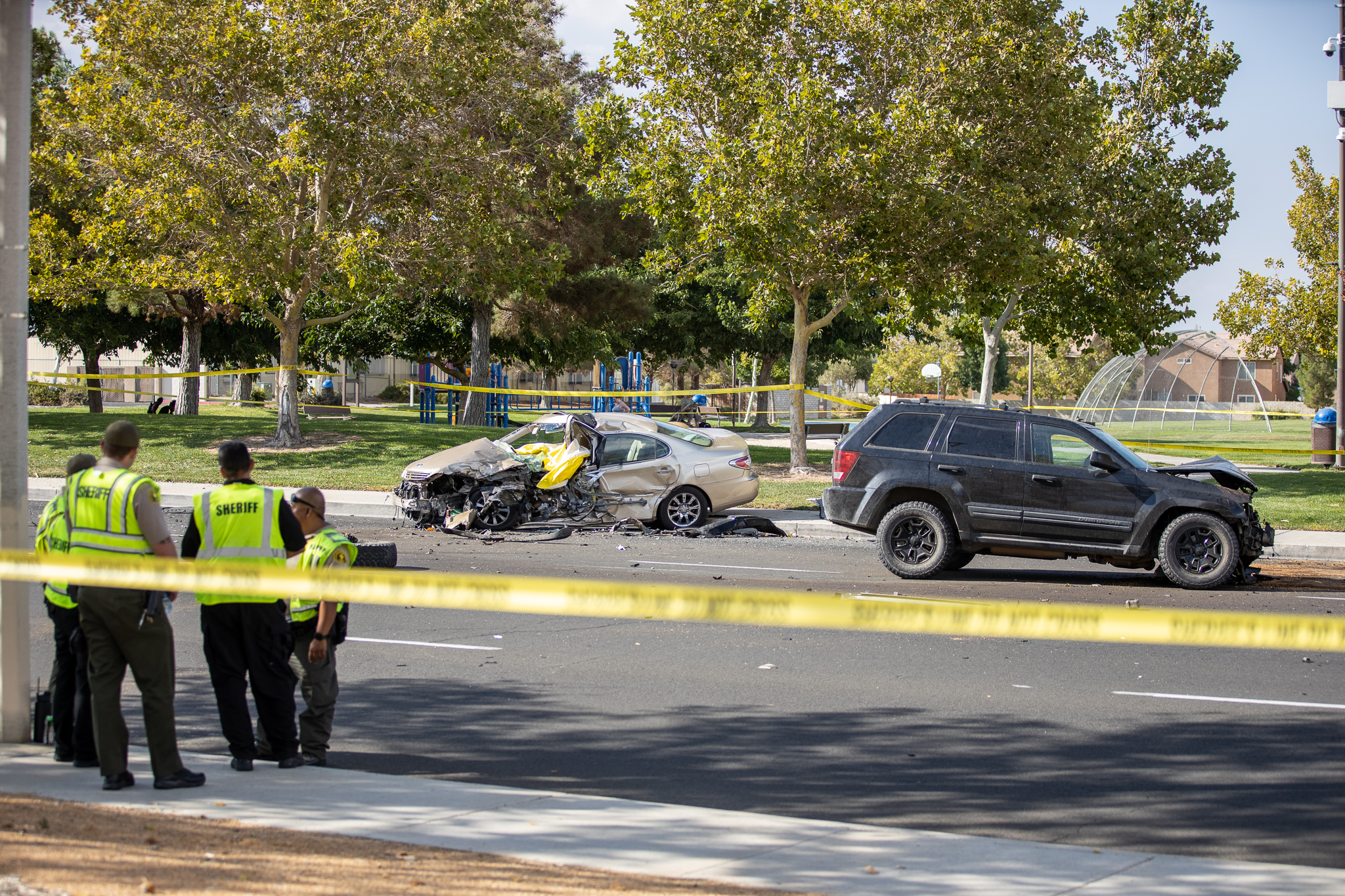 VICTORVILLE, Calif. (VVNG.com) — A woman was killed in a crash in front of Brentwood Park in Victorville Thursday afternoon.

The San Bernardino County Sheriff’s Department responded to the two-car crash, along with the Victorville Fire Department and AMR at about 2:02 p.m., September 5, 2019.

Upon arrival, emergency workers found a woman trapped in the driver seat of a gold Lexus sedan.

The driver of the other involved vehicle, a black Jeep, was transported to a local hospital with non-life threatening injuries.

Authorities currently have Hook Boulevard shut down between Showhorse Lane and Aloe Road while they investigate the cause of the crash.

The identity of the woman is being withheld until next of kin notification.

Anyone that witnessed the crash is asked to contact the Victorville Police Department at (760) 241-2911.