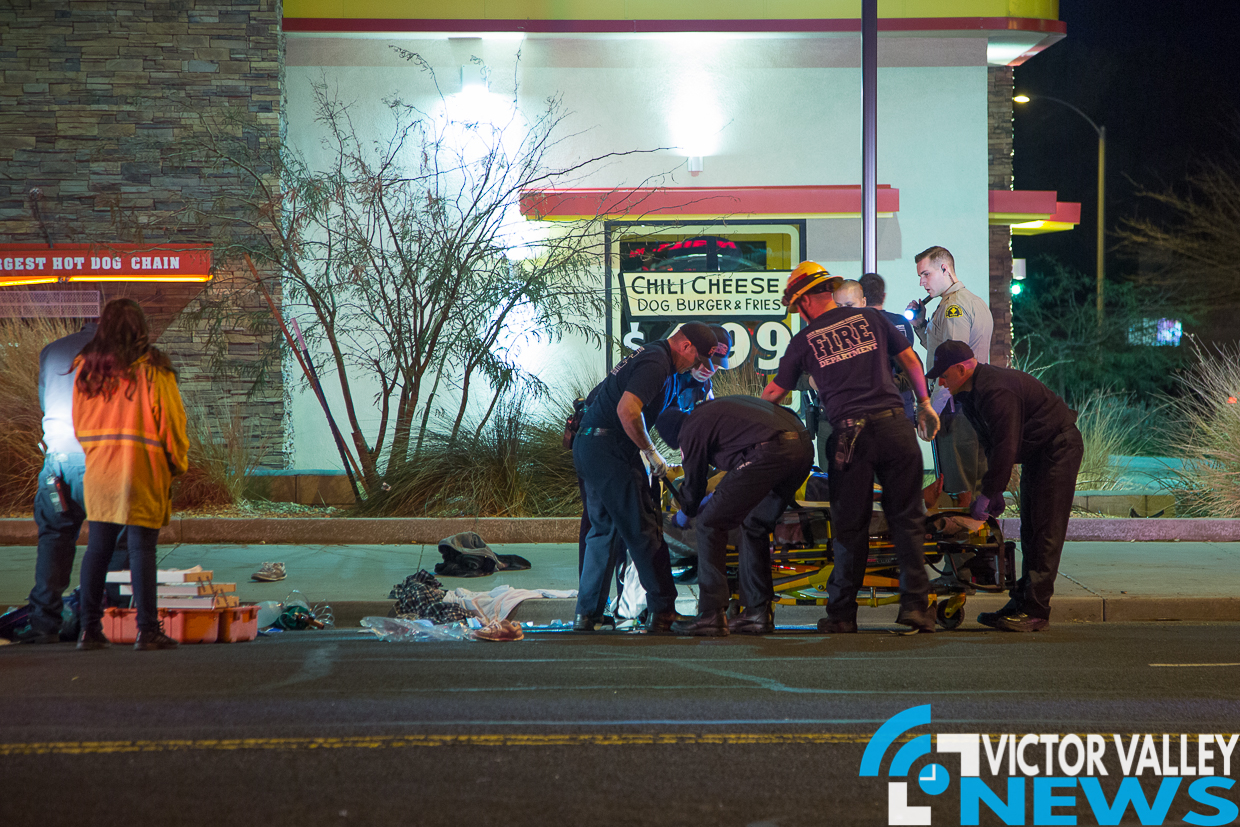 UPDATE 1/28 @ 6AM – The San Bernardino Coroner’s office has identified the deceased woman as Christine Acuna, a 63-year-old female resident of Victorville. Acuna was transported to Victor Valley Global Medial Center emergency room for treatment, where she was pronounced dead at 9:19 PM.

VICTORVILLE, Calif. (VVNG.com) Authorities have shut down 7th Street between East Sage and La Paz Drive while they investigate a fatal hit-and-run vehicle vs. pedestrian collision.

The call was dispatched shortly after 7:15 p.m. Friday evening, after a woman in the crosswalk at 7th and Lorene Avenue was struck by a northbound vehicle.

Victorville Sheriff’s Station Sgt. John Shelton said a vehicle matching the description of the involved car, a maroon sedan, was on Mojave Drive and Pamela Avenue in the parking lot of a liquor store.

However, Sgt. Shelton was unable to positively confirm the information pending a full investigation but said damages were consistent with the crime scene.

A juvenile was detained, but his role in the incident, if any at all, was not immediately made available.

An airship was requested to transport the woman to a trauma center, but despite life-saving measures the woman died as a result of her injuries, authorities confirmed.

The pedestrian lived within close proximity to where she was struck.

Deputy Hylin said the road will be closed for several hours while the Major Accident Investigation Team gather all necessary evidence.

Anyone with information regarding this incident is urged to contact the Victorville Sheriff’s Station at 760-241-2911.

A maroon Mercedes believed to be the involved vehicle was found abandoned in front of a liquor store on La Paz and Pamela Ave. (Gabriel D. Espinoza, Victor Valley News)