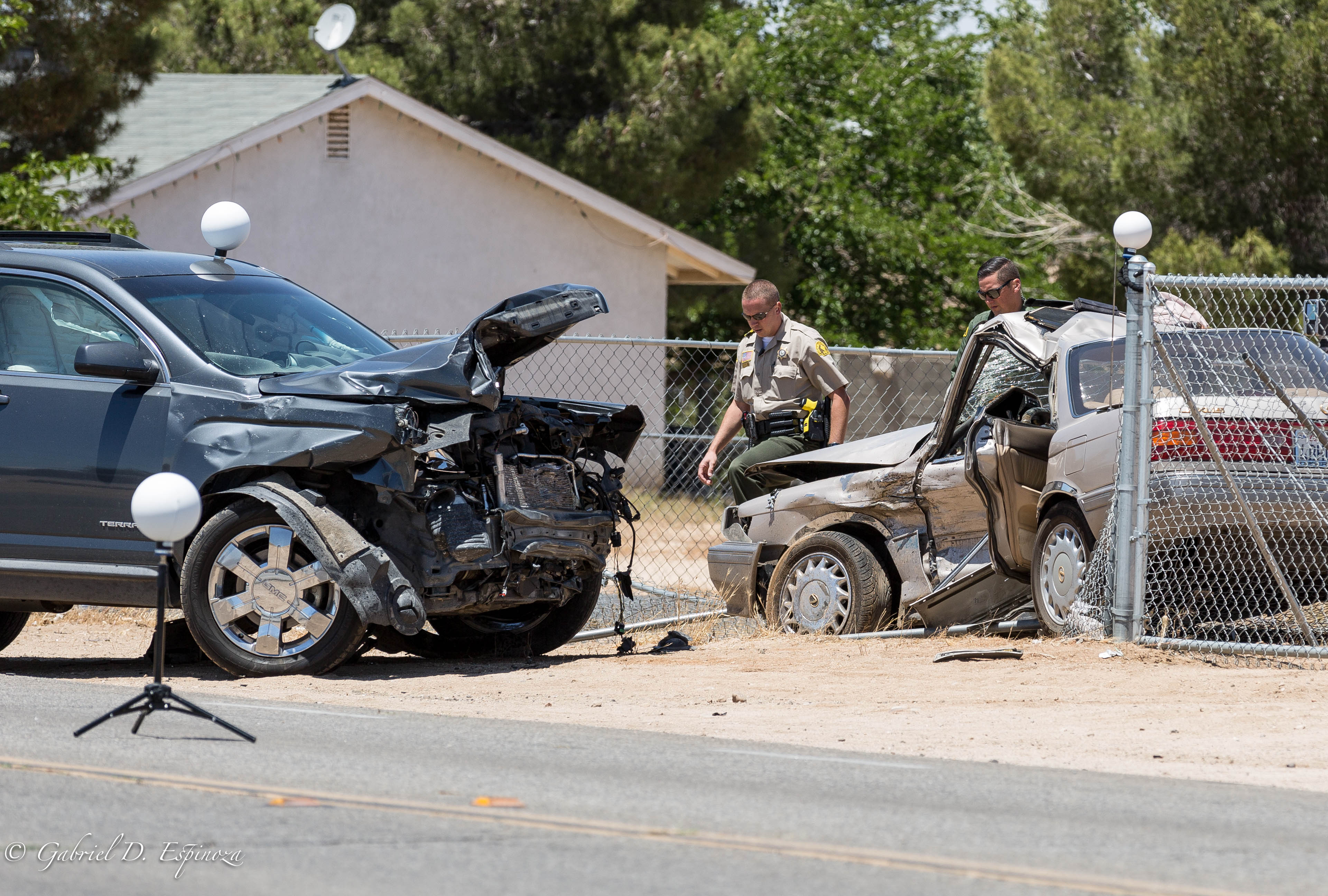 HESPERIA, Calif. (VVNG.com) A fatal traffic accident prompted the closure of an intersection in Hesperia as authorities investigated the scene.

The accident was reported around 9:45 a.m. Tuesday morning at the intersection of Eucalyptus Street and Fourth Avenue.

“Initial investigations were that the Lexus was traveling northbound (Fourth Avenue) unfortunately didn’t stop for the stop sign, and the GMC was traveling eastbound (Eucalyptus Street) when they collided,” stated Media Relations Officer Jackie Chambers from the Hesperia Police Station.

The sole occupant of the Lexus was pronounced deceased at the scene, and the driver of the GMC did not sustain any injuries, Chambers said.

The intersection is a two-way stop sign for northbound and southbound traffic traveling on Fourth Avenue.

Eucalyptus Street was closed between Third and Fifth Avenues for approximately 4-5 hours.

The accident is being investigated by the San Bernardino County Sheriff’s Major Accident Investigation Team (MAIT).

The story is developing and will be updated when more information becomes available.