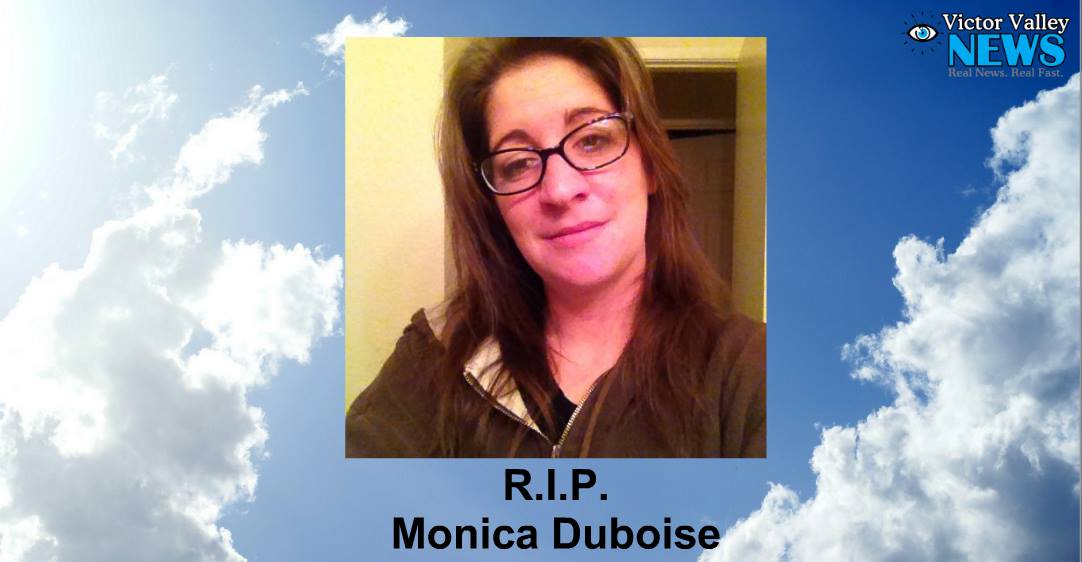 HESPERIA, Calif:(VVNG.com)- The female pedestrian killed in the Saturday night accident along the 16100 block of Main Street has been identified as 35-year-old Monica Duboise.

Duboise was killed at about 5:40 P.M., on December 26th after she was struck by an unmarked patrol unit from the Hesperia Sheriff Station.

According to a press release, Deputy Jeromy Snyder and his partner, Probation Officer Monique Garcia were responding to a burglary in progress. Snyder was driving east on Main Street just west of Fifth Avenue when Duboise was hit by Snyder’s vehicle as he drove through the intersection.

Police say, Duboise was dressed in dark clothing and walking south, across east bound lanes of Main Street. East and west bound traffic on Main Street does not stop for cross traffic at this intersection.

After the impact Snyder stopped his vehicle immediately. Snyder and Garcia began to render first aid to Duboise. Duboise died at the scene from the injuries sustained from the collision.

Members of the San Bernardino County Sheriff-Coroner’s Department Region II Major Accident Investigation Team (MAIT) responded to the scene to conduct the investigation. Main Street was shut down from First Avenue to Seventh Avenue for approximately seven hours and was reopened to traffic at about 1:00 A.M.

At this time speed does not appear to be a factor in the collision. This collision is still under investigation by MAIT personnel. Any witnesses to this collision are urged to contact Deputies Jason Grantham or Travis James at (760) 240-7400.