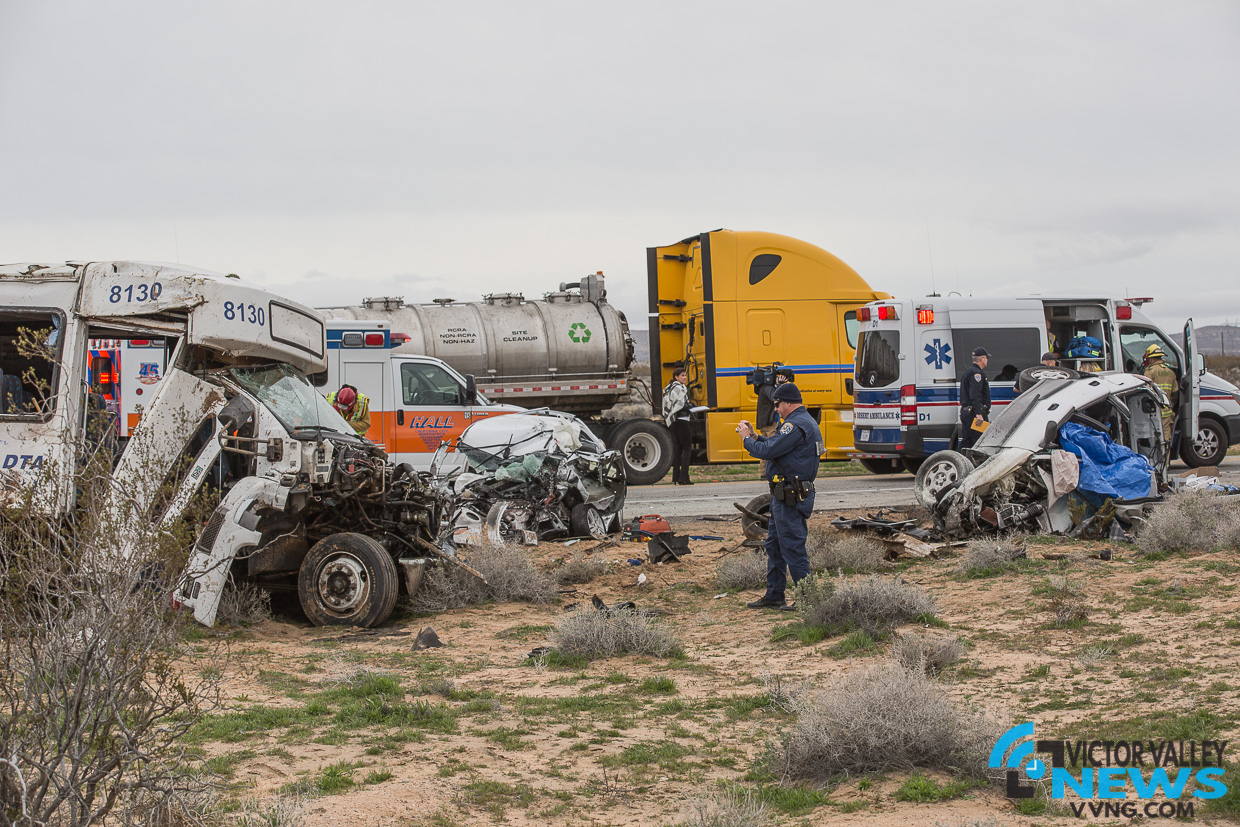 On Monday, February 27, 2017 at about 12:00 p.m. San Bernardino County Fire responded to a traffic collision on Highway 58 east of Highway 395 near Kramer Junction involving a small charter bus and two other vehicles.

Firefighters arrived on scene and discovered a 2007 Chevrolet Starcraft charter bus, a 1996 Subaru Outback, and a 2014 Chevrolet Spark off the roadway on the north side of Highway 58.

Based on preliminary reports, the bus with 26 occupants was heading eastbound when the driver of the tour bus allowed the bus to cross into oncoming traffic, colliding with a 1996 Subaru Outback and a 2014 Chevrolet Spark, traveling westbound.

The Driver of the Subaru sustained major injuries and was pronounced deceased on scene.

[box type=”note” align=”aligncenter” class=”” width=””]San Bernardino County Fire dispatches a first-alarm mass casualty incident (MCI) to all incidents involving busses. This begins moving resources into the area should the bus be occupied or injuries present. In this case, the call was balanced to a 2nd-alarm MCI to bring additional manpower to the scene.[/box] 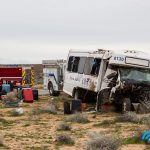 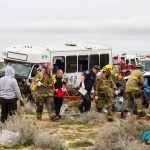 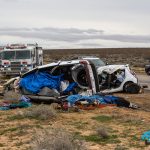