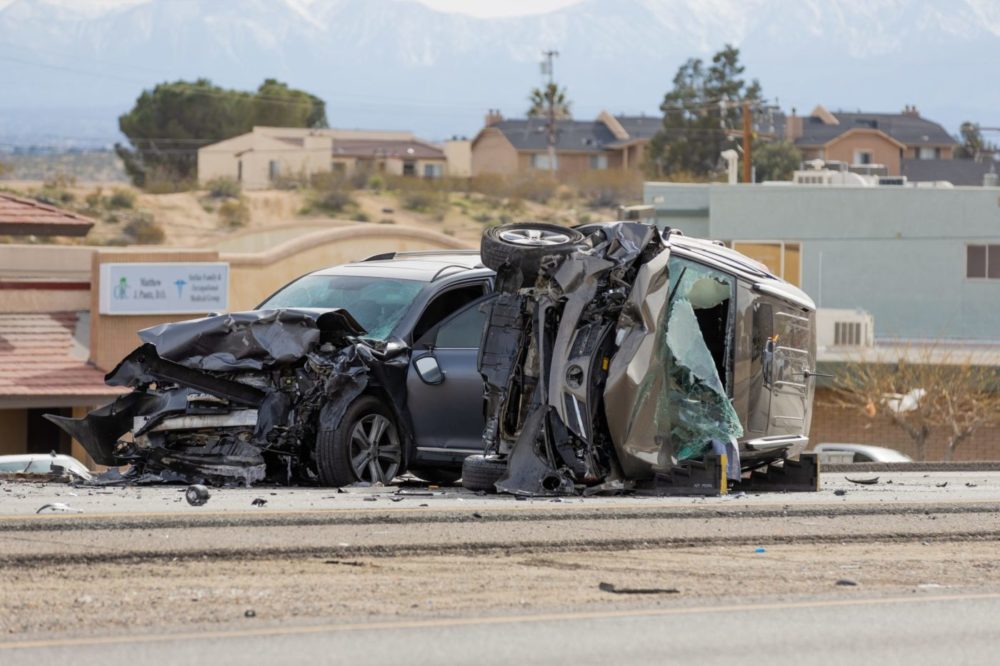 The Apple Valley Police says a woman driving a 2014 Toyota RAV4 westbound on Highway 18 was struck from behind by a blue 2002 Chrysler Town and Country van.

The impact of the collision forced her vehicle into the eastbound lanes, causing it to collide with two oncoming vehicles, a gray 2012 Toyota Highlander and a white Dodge van, stated San Bernardino County Media Relations officer Jackie Alban.

The unidentified woman’s vehicle partially overturned, and she was pronounced deceased at the scene.

A passenger of the white van was transported to Arrowhead Regional Medical Center for unknown injuries.

The drivers of the other involved vehicles were not injured.

Alban says Highway 18 between Apple Valley Road and Kasota Road would be closed to traffic in both directions for several hours.

The incident remains under investigation by the Sheriff’s Major Accident Investigation Team (MAIT), and no further details were available.