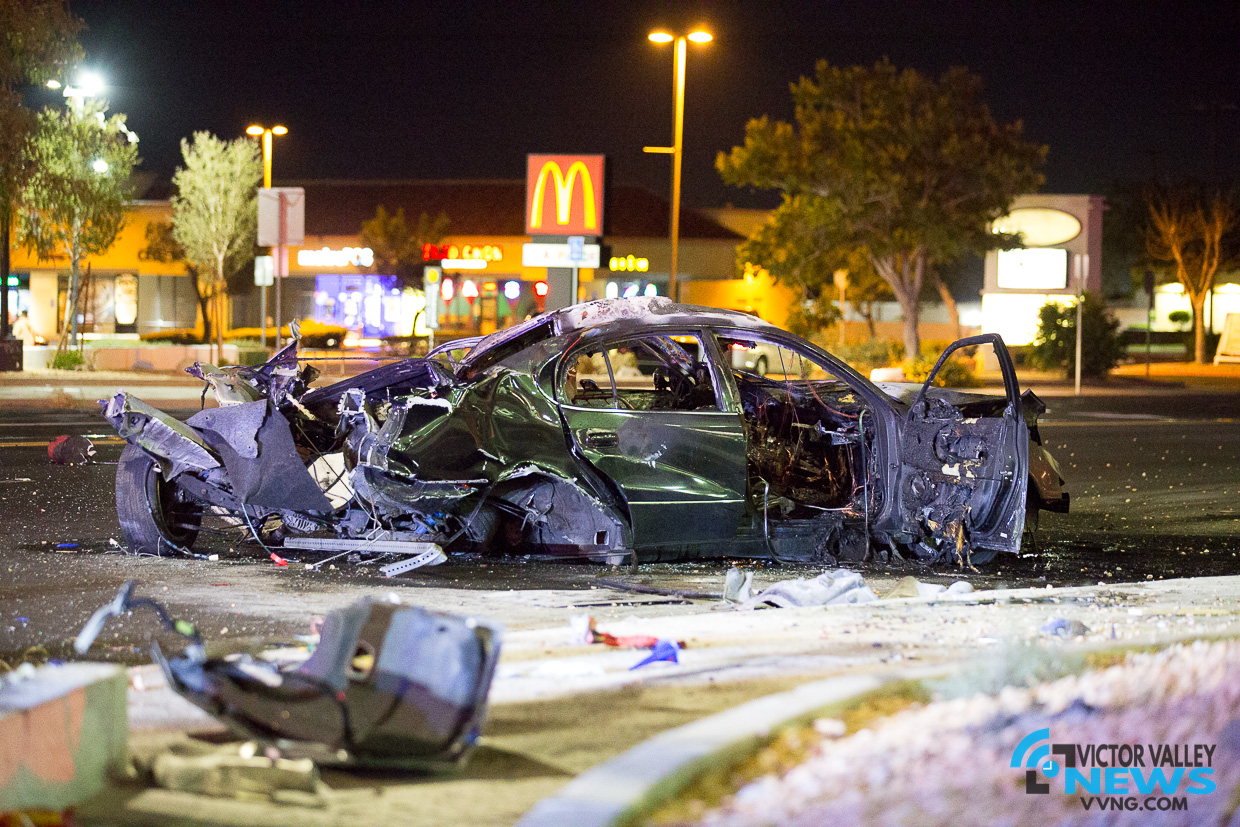 VICTORVILLE, Calif. (VVNG.com) — A woman was killed in a fiery crash that shut down a stretch of Palmdale Road Wednesday night in Victorville.

At about 11:45 pm, San Bernardino County Firefighters responded to the intersection of El Evado and Palmdale Roads and located a 2003 Lexus sedan fully engulfed in flames.

According to witness Richard Suarez, the woman was traveling eastbound on Palmdale Road and a motorcyclist heading in the same direction was stopped at a red light at El Evado Road. “She attempted to avoid crashing into him so she swerved to the right and slammed into the traffic signal pole causing the vehicle to burst into flames,” stated Suarez.

Many bystanders, including an employee from the Circle K gas station, rushed over to the wreck and helped pull the woman from the burning vehicle. Witnesses told Victor Valley News several of the fire-extinguishers at the gas station were used to help try and extinguish the flames.

“I grabbed as many fire extinguishers as I could to put the fire out, we pulled her out, I was holding her hand talking to her to make sure she stayed with us. I performed a little CPR before they took over I’m so sorry I tried everything to help her,” stated the Circle K employee, Eva Kjellesvig in a Victor Valley News comment.

First responders arrived at the scene and immediately began performing life-saving measures on the woman who was unresponsive.

Due to the woman’s injuries, firefighters requested County helicopter H325 to airlift the woman to an out of area trauma center. After approximately 10-minutes of CPR, the woman was transported via an American Medical Response (AMR) ambulance and taken to Victor Valley Global Medical Center.

The request for the helicopter was canceled and the woman was rushed into the ER room of the hospital.

According to the victim’s family, the woman succumbed to her injuries while at the hospital.

No other vehicles were involved in the collision and no other injuries were reported.

Eastbound lanes on Palmdale Road will remain closed for several hours as officials process the scene and clear the roadway.

The official cause of the crash remains under investigation by the Victorville Police Department.

Anyone with information or anyone who may have witnessed the collision is asked to contact Deputy A. Hylin at the Victorville Police Station (760) 241-2911. 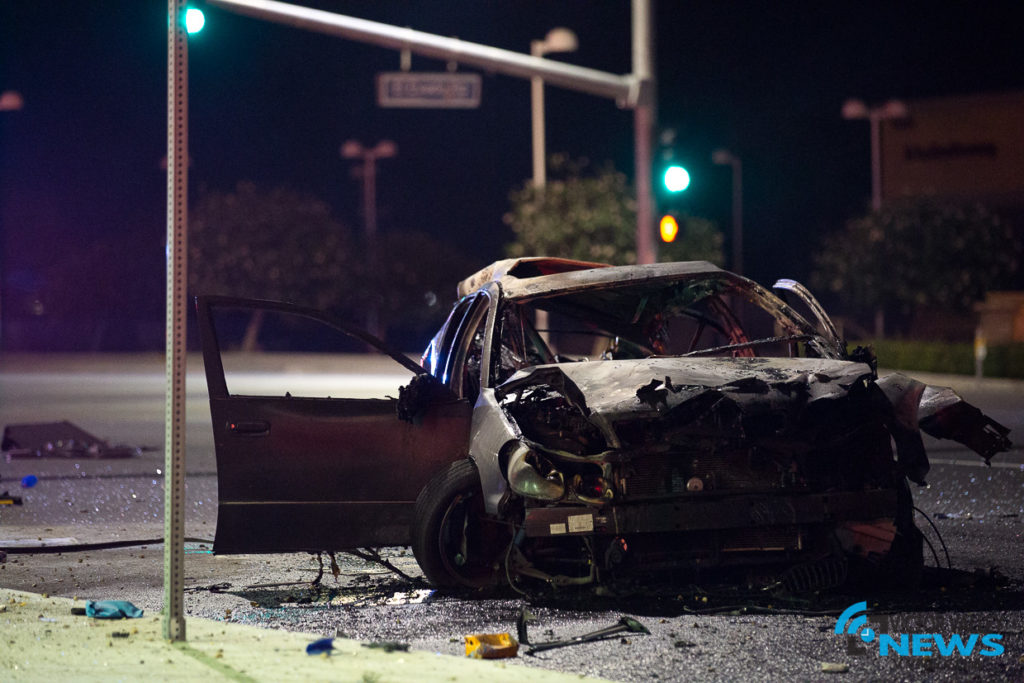