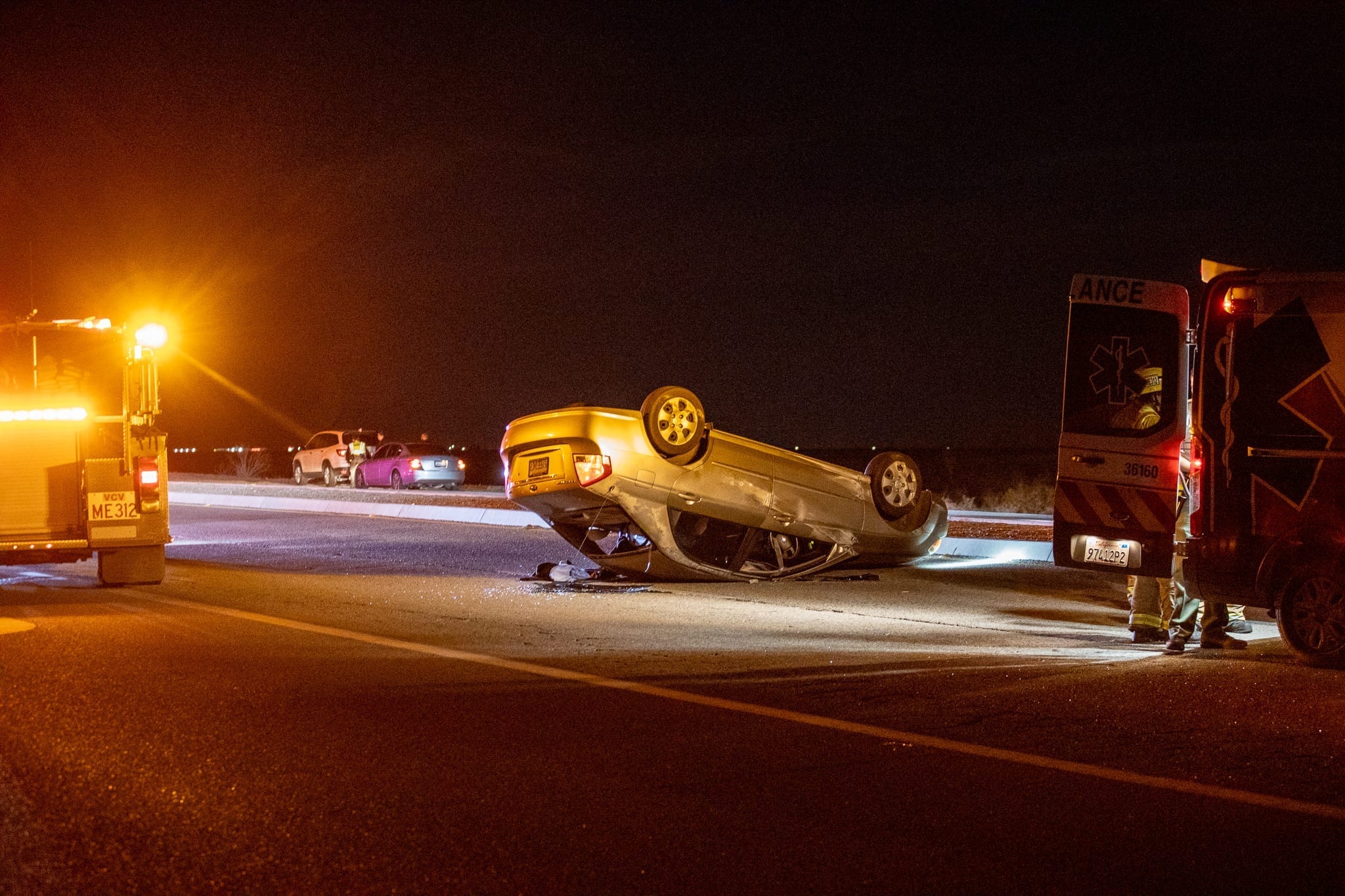 It happened just after 7:00 pm on Mojave Drive just east of Diamond Road.

Victorville City Fire responded to the call, initially dispatched as a traffic collision with extrication.

First responders arrived and located a 2007 Kia Spectra on its roof and blocking the eastbound lanes.

VVNG member Julian Cruz said he witnessed the car flipping. According to Cruz, the Kia was traveling west and crashed over the divider into the opposite side of traffic.

Cruz said he and several other guys ran over to help a woman and her two kids who were in the car. “Thank God there were no injuries,” he stated.

Eastbound traffic around the crash was temporarily reduced to one lane.