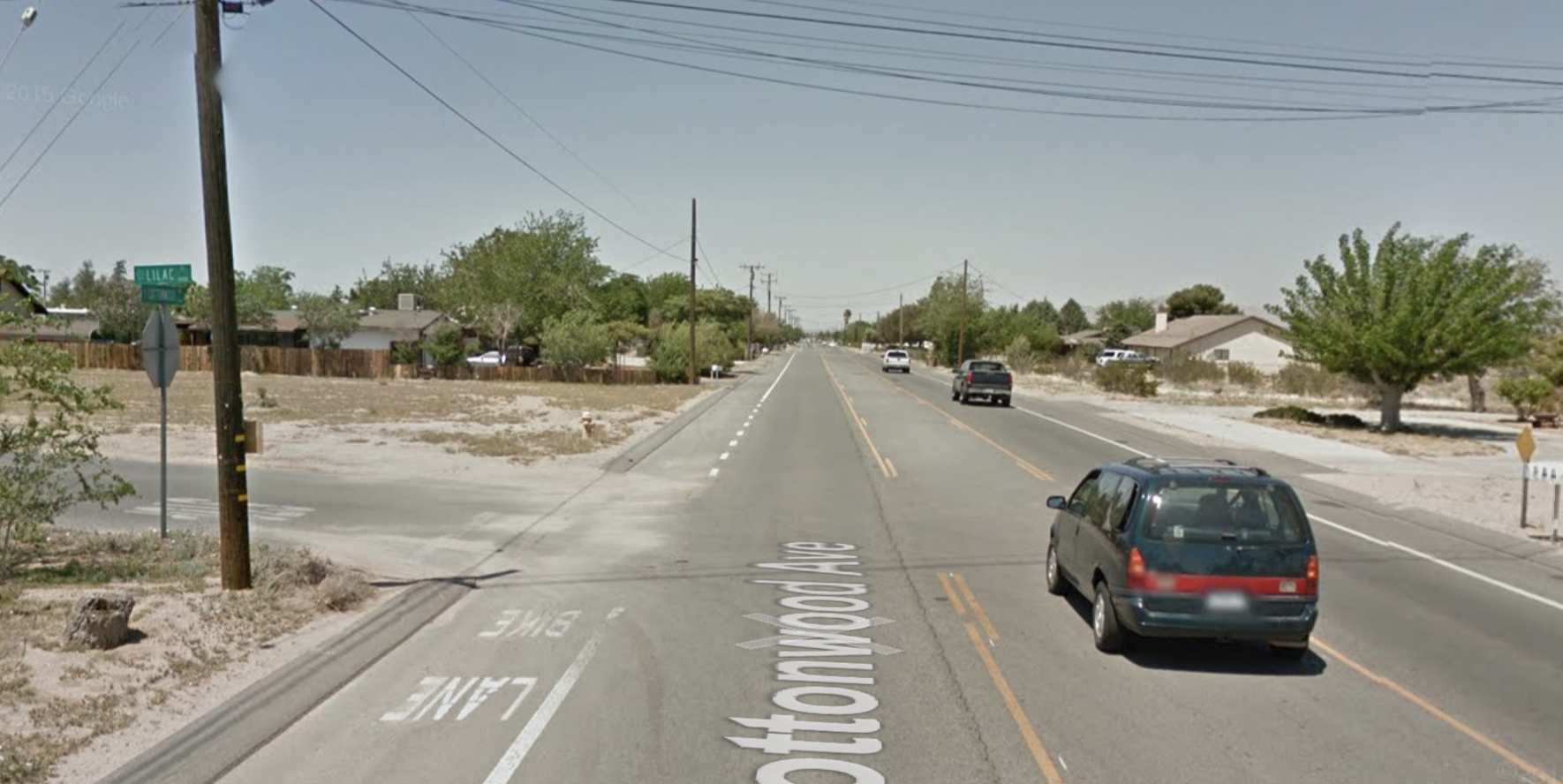 HESPERIA, Calif. (VVNG.com) — A female jogger was rushed to a local hospital after she was struck by a vehicle in Hesperia on Monday.

It happened at about 3:40 pm, in the area of Cottonwood Avenue and Lilac Street.

Sheriff’s Service Specialist Edgar Moran told Victor Valley News, the vehicle, a blue Toyota Rav4 was stopped at the intersection and the pedestrian, a 48-year-old woman was jogging on the east side of Cottonwood Avenue approaching the same intersection.

“As the driver was making a right turn onto Cottonwood, she did not see the jogger and collided with the jogger,” stated Moran.

The jogger had multiple abrasions on the left side of her body and was transported to a local hospital to be treated for unknown injuries.

The driver of the vehicle remained at the scene and cooperated with authorities during the investigation.