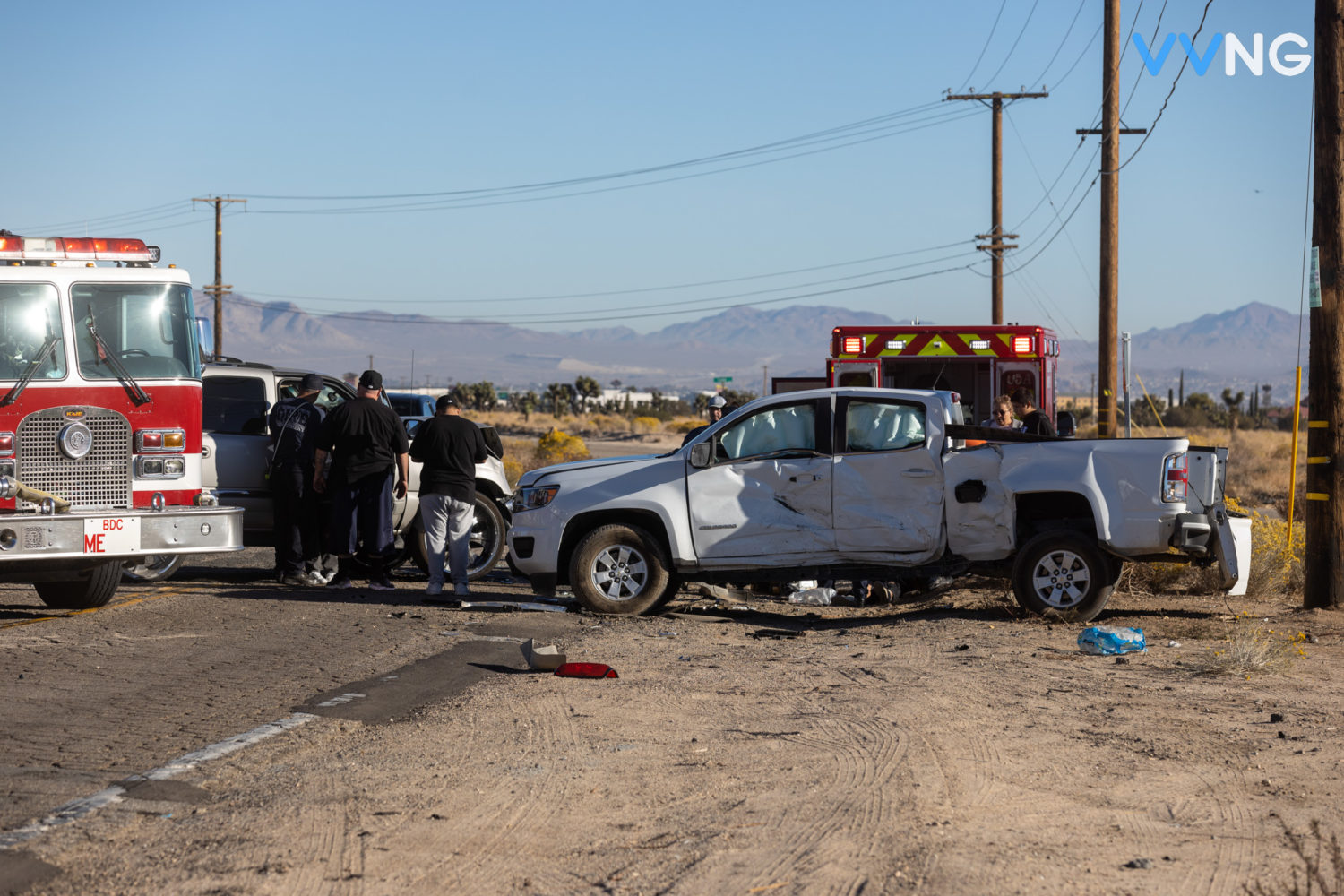 The crash involving a silver GMC Yukon and a white Chevy Colorado was reported at about 8:17 am, on November 10, 2021, in the city of Hesperia.

According to a witness, a woman from the pickup truck was possibly ejected following the impact. The witness said she was talking but unable to move her arms or legs. She was rushed by ambulance to a local hospital and an update on her condition was not available.

A passenger from the SUV was injured and also transported via ambulance to a local hospital.

The official cause of the accident is under investigation by the Hesperia Police Department. Anyone with information is asked to call 760-947-1500.