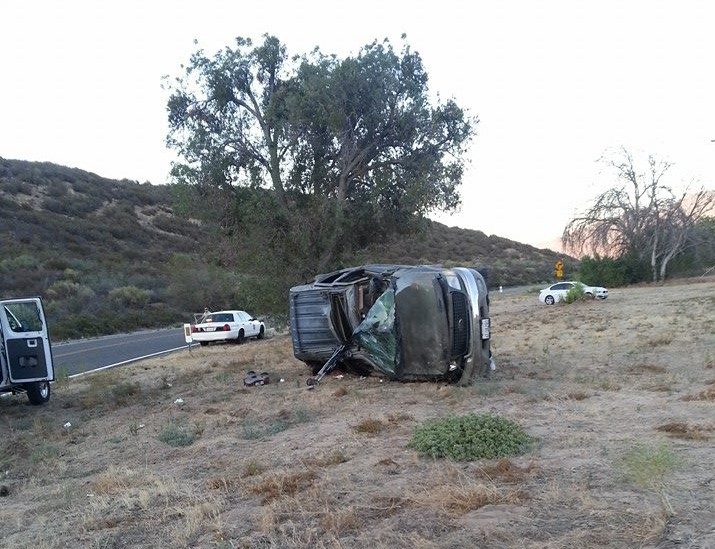 Photo by Carolyn A. Montemayor

The female driver reported to be in her 20s, was not seriously injured after her Ford Expedition SUV rolled on its side.

Victor Valley News Member, Carolyn A. Montemayor, was driving through the area and stopped to render aid.

“I helped this young woman keep calm and had her sit in my car until emergency personnel arrived. She was in a lot of pain and very shaken up”, stated Carolyn.

She continued to say, “I called her mother and she showed up at the scene. All I can say, is that she is very blessed to have got out of this car alive. And Thank God her children were not in there.”

At this time the exact cause of the collision is under investigation.