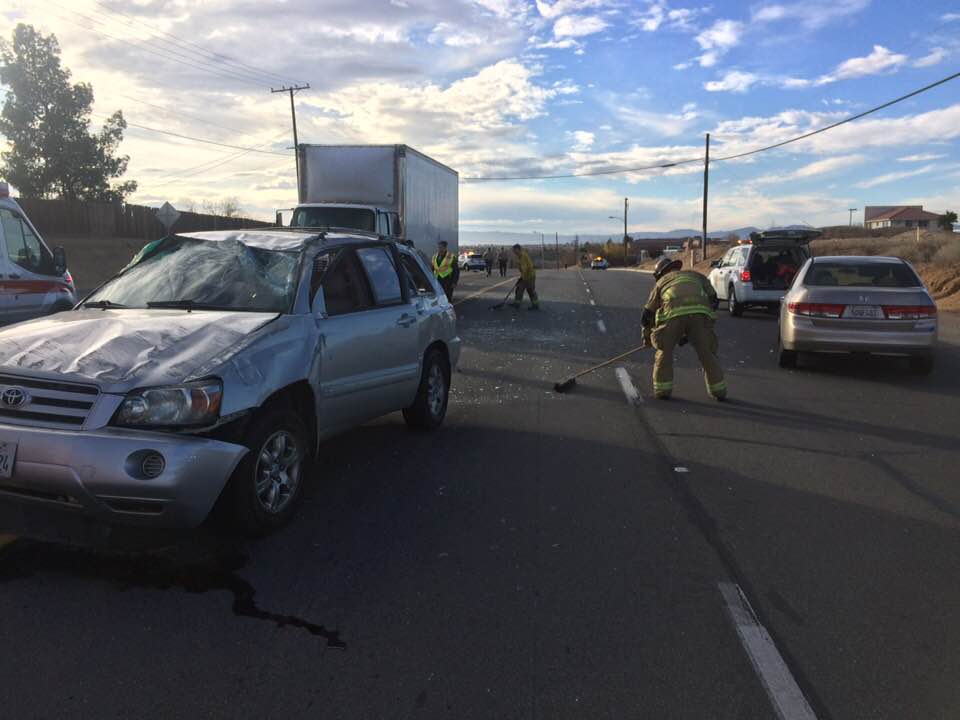 VICTORVILLE, Calif. (VVNG.com)– A portion of Hesperia Road was closed after a rollover crash involving an SUV and a box truck early Monday morning.

It happened at about 8:02 am, on December 17, 2018, at the intersection of Hesperia Road and Cherry Hill Drive in Victorville.

Joe Rivera witnessed the crash and said the SUV rolled at least four times. “The truck tried to make a u-turn on Hesperia Road without looking and struck the car,” stated Rivera.

Rivera said the SUV nearly landed on top of his car but luckily he saw it fast enough to swerve out-of-the-way.

“I thought it was going to land on us. As soon as we stopped, our focus switched to helping the lady,” he said.

The female driver sustained some cuts and minor injuries but was reported to be okay. The driver of the truck was not injured.

Hesperia Road was closed between Cherry Hill Drive and Green Tree Blvd. for about one hour of officers interviewed witnesses and cleared the roadway.

The official cause of the accident is under investigation by the Victorville Police Department. Anyone with information about the incident is asked to call (760)241-2911.