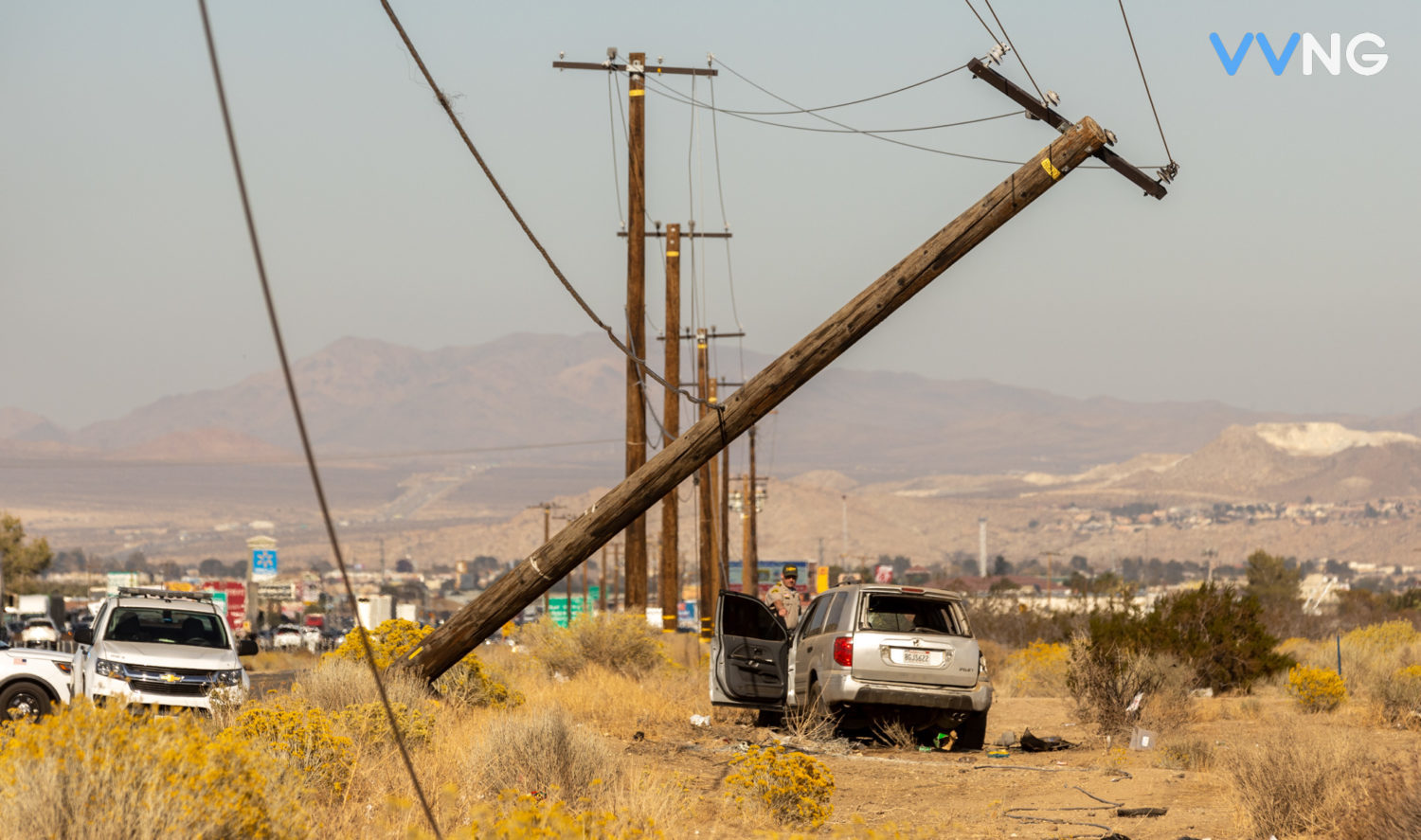 HESPERIA, Calif. (VVNG.com) — A woman was injured after colliding with a utility pole Friday afternoon in Hesperia.

The single-vehicle traffic collision was reported at about 2:25 pm, on November 5, 2021, along Mariposa Road, just north of Verde Street, and involved a silver 2004 Honda Pilot.

Sheriff’s spokeswoman Taylor Reynolds told VVNG the female driver was northbound on Mariposa when she swerved to avoid hitting something in the road and lost control. The SUV collided with a wooden utility pole and caused it to partially collapse after splitting at the base.

San Bernardino County Firefighters responded to the incident and reported one of the lines had snapped and requested Southern California Edison to expedite the response. Reynolds said the driver was transported to a local hospital with unknown injuries.

According to the SCE outage map, the accident caused a power outage to 134 residential and commercial properties. Stores like Walmart and Kohl’s were forced to close their doors for the remainder of the day.

An estimated time of restoration was not available and crews are in the progress of performing repairs. Mariposa Road between Verde Street and Eucalyptus Streets remained closed as of 7:00 pm.

Traffic along the northbound I-15 was also affected as lookie-loo motorists passed the incident.