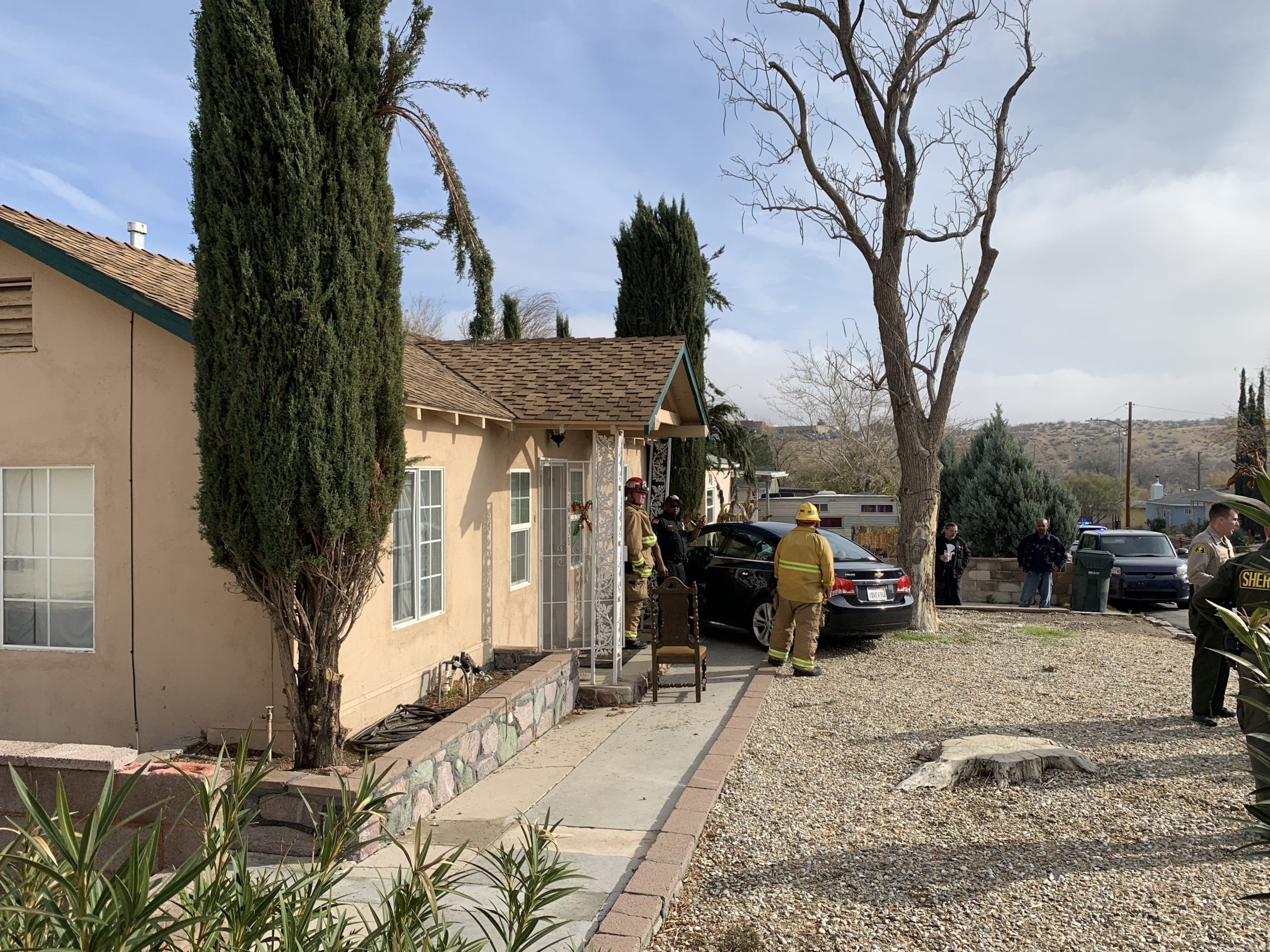 VICTORVILLE, Calif. (VVNG.com) — A woman was injured after she lost control of her vehicle and crashed into a home Friday morning.

It happened at about 10:00 am in the 16700 block of Verde Street, near where the roadway curves on South Mojave Drive.

A resident standing outside told VVNG the black sedan made a sharp left turn onto Verde Street and towards the home. The woman said the sedan did not appear to be speeding and she was thankful nobody was seriously hurt.

The female driver was transported to a local hospital with lacerations to her face.

A small portion of the home sustained minor damage.

No other injuries were reported. The Victorville Police Department is investigating the incident.