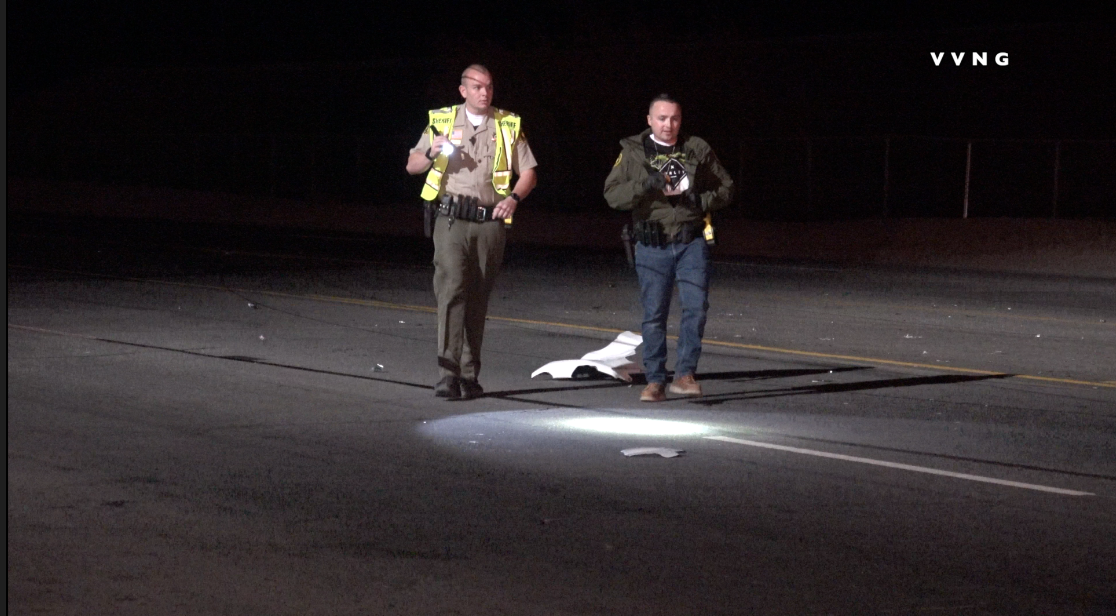 APPLE VALLEY, Calif. (VVNG.com) A stretch of Bear Valley Road is closed after a woman was struck by a vehicle here in Apple Valley.

It happened Monday at around 9:15 p.m. on Bear Valley Road just east of Navajo Road, and was reported as a hit-and-run crash after the driver left the scene, officials said.

Firefighters from Apple Valley Fire Protection District arrived within minutes and located the victim lying in the roadway suffering from traumatic injuries.

A preliminary investigation indicated that the pedestrian was not in a cross-walk at the time of the incident, Sgt. McCurley confirmed.

Deputies searched for the suspect’s vehicle, which was described as a white Toyota pickup truck or SUV that left the scene traveling eastbound on Bear Valley Road.

The Sheriff’s helicopter was also called in to assist ground patrol units in locating the vehicle but was unsuccessful.

Nearly two hours went by before the Sheriff’s Dispatch received a call from a person stating that they may have struck a dog while driving on Bear Valley Road.

When deputies responded to the 22600 block of High Vista Lane to take the report, they located a white Toyota 4Runner in the driveway of the home.

A Sheriff’s official at the scene later confirmed that the vehicle is suspected to be involved in the incident and that the driver is fully cooperating with officials.

Bear Valley Road, between Central and Navajo Roads, will be closed for several hours while the Major Accident Investigation Team conduct a thorough investigation.