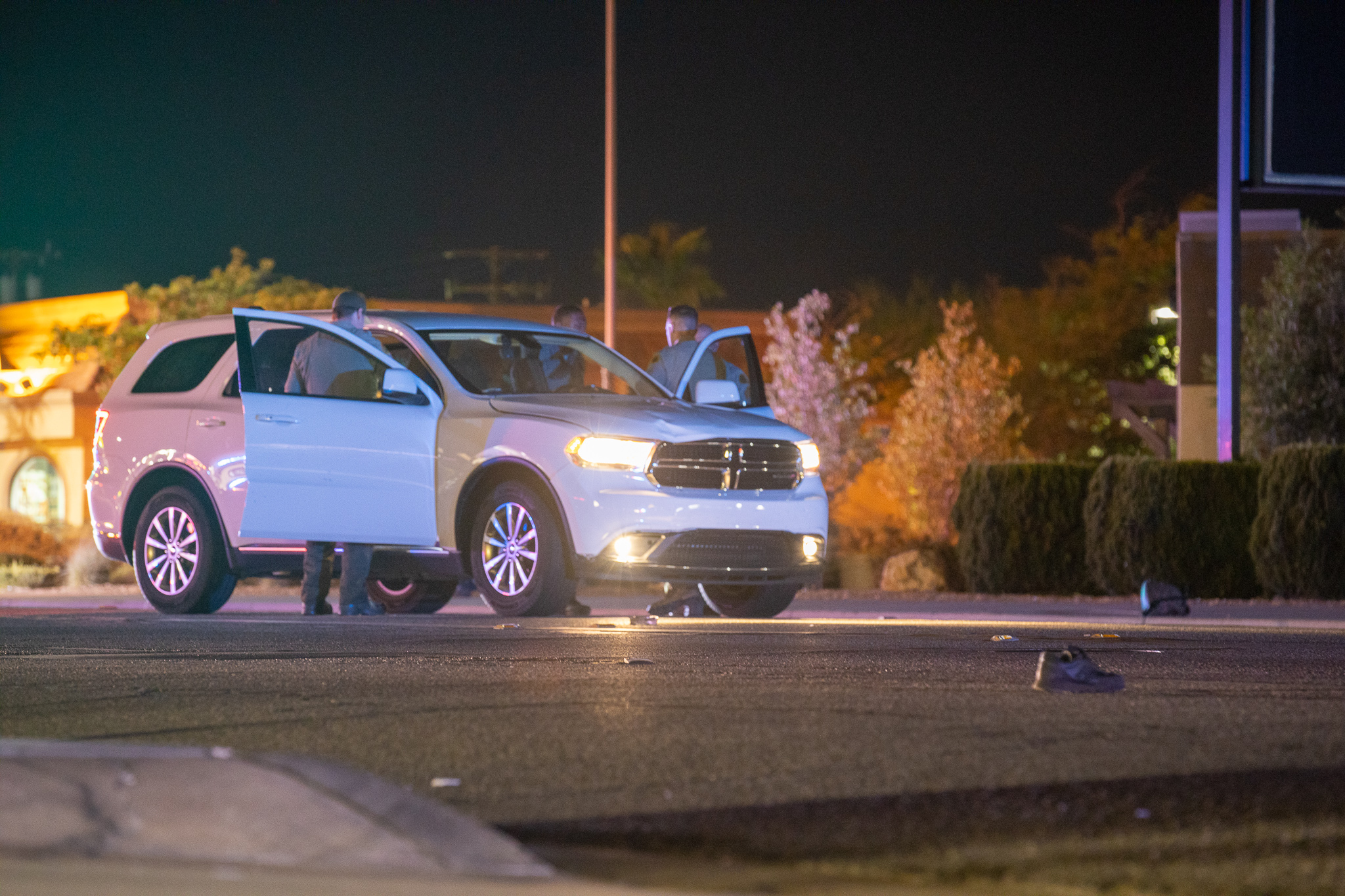 HESPERIA, Calif. (VVNG.com) — A woman running across busy Main Street in Hesperia was struck by an SUV and the driver was later arrested for driving under the influence, officials said.

It happened on Tuesday night at about 10:15 pm near the intersection of Main Street and G Avenue in Hesperia.

Sheriff’s spokesman Edgar Moran told Victor Valley News, the pedestrian, a 56-year-old female, ran across the roadway and was struck by a Dodge Durango traveling eastbound on Main Street.

San Bernardino County Fire responded and requested a medical helicopter to airlift the pedestrian to a trauma center.

Moran said the pedestrian suffered a facial fracture as well as abrasions to her body.

The driver of the SUV, 31-year-old Warren Allen was found to be under the influence. Allen was arrested and booked into the High Desert Detention Center for VC23153(e) Driving Under the Influence of Drugs Causing Injury.

California Vehicle Code Section 23153(e) states that it is unlawful for a person, while under the influence of any drug, to drive a vehicle and concurrently do any act forbidden by law, or neglect any duty imposed by law in driving the vehicle, which act or neglect proximately causes bodily injury to any person other than the driver.

According to public booking logs, Allen is no longer in custody and was released on bail. His case will be forwarded to the DA’s office for review.