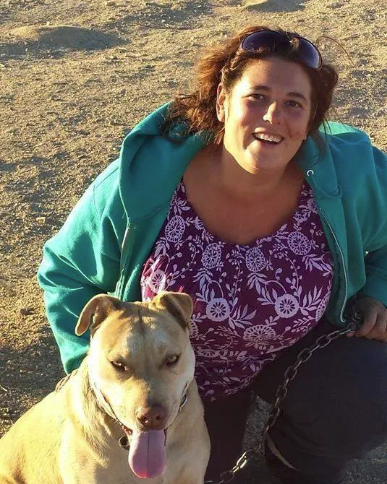 VICTORVILLE: The once unidentified woman who was hit by a diesel truck on the 15 freeway has now been identified as 34-year-old Evangelina “Angie” Lawrence.

Angie has been described as sweet, caring, loving, and friendly by friends and acquaintances. She was adored by family and friends as well as several other people in the Victor Valley area. Countless people met and got to know her at the riverbed off of Stoddard Wells Rd in Victorville, where Angie resided with her fiancé, whom she had planned to marry on May 10th.

Food and clothing outreaches are held at the riverbed for the residents on a regular basis, those who volunteered for these outreaches all spoke fondly of her.

Victor Valley Brown Sack Lunches, Friends of Tent City, I Care Spiritual Foundation and Mojave Desert Animal Rescue are just some of these groups that are deeply impacted by this saddening news. “She was always at all of our outreaches. Angie’s death is so sudden, this has us all devastated and heartbroken with tears in our eyes, I will forever hold her deep in my heart” said Victor Valley Brown Sack Lunches founder, Cynthia Quintana.

Angie was hit by a Volvo diesel truck hauling a trailer at 2:30am on Friday, May 2nd on the 15 freeway just South of Bell Mountain Road. The accident was reported by the truck driver at approximately 2:34am. She was transported to Victor Valley Global Medical Center where she was pronounced dead shortly after.

Angie will be missed by her not only her family but many others who had the pleasure of getting to know her.

Friends of Tent City founder, Eric “Pico” Rivera will be arranging a Memorial Service at the riverbed for those who are unable to attend her funeral services.  This small Memorial Service will he held on, Wednesday, May 14th at 3:30 p.m.