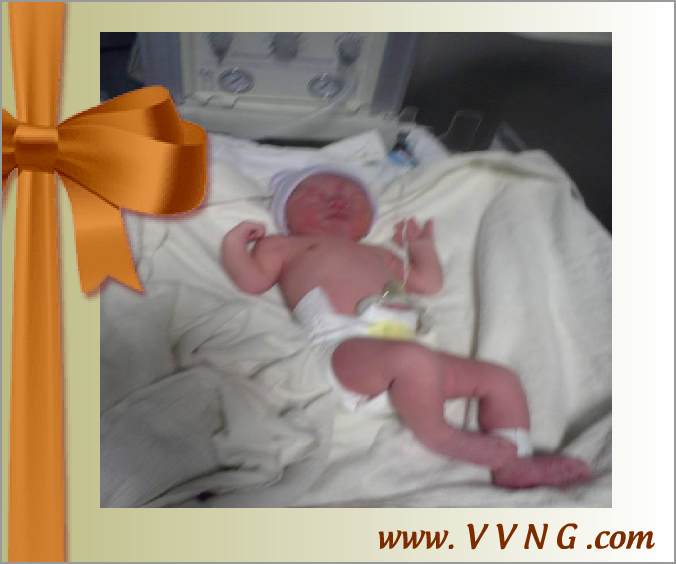 This birth was different from most and the proud parents will certainly have a story to tell for many years to come. The birth took place in their vehicle while driving on the 210 freeway near the Via Verde exit in the carpool lane. Both Adam, age 8 and Aaron, age 7 were there to witness the birth of their brand new baby brother.

The bundle of joy that simply could not wait to be born is named Baby Austin, weighing 6 lbs. 14 oz. and they joked that his middle name would be either 210, after the freeway or Altima, after the vehicle he was born in. Baby Austin was in such a hurry to be born he did not even wait for his father to pull the car over. “He wanted out, everything started at 6:00 a.m. he was born at 7:50 a.m. on the carpool lane,” said father, Sergio Gomez.

Sergio updated his Facebook status, “Baby coming don’t know if I’ll make to hospital,” as the labor quickly progressed finally leading to the birth taking place in their vehicle.

On the same FB post he mentioned that they may not make it to the hospital on time, shortly after he posted that the baby was born in the car and he had called 9-1-1. “Mom did it all by herself paramedics came later,” said Sergio of his son’s birth. Baby and mom are now in the hospital resting comfortably at Queen of the Valley Hospital in the city of West Covina after the early morning excitement.