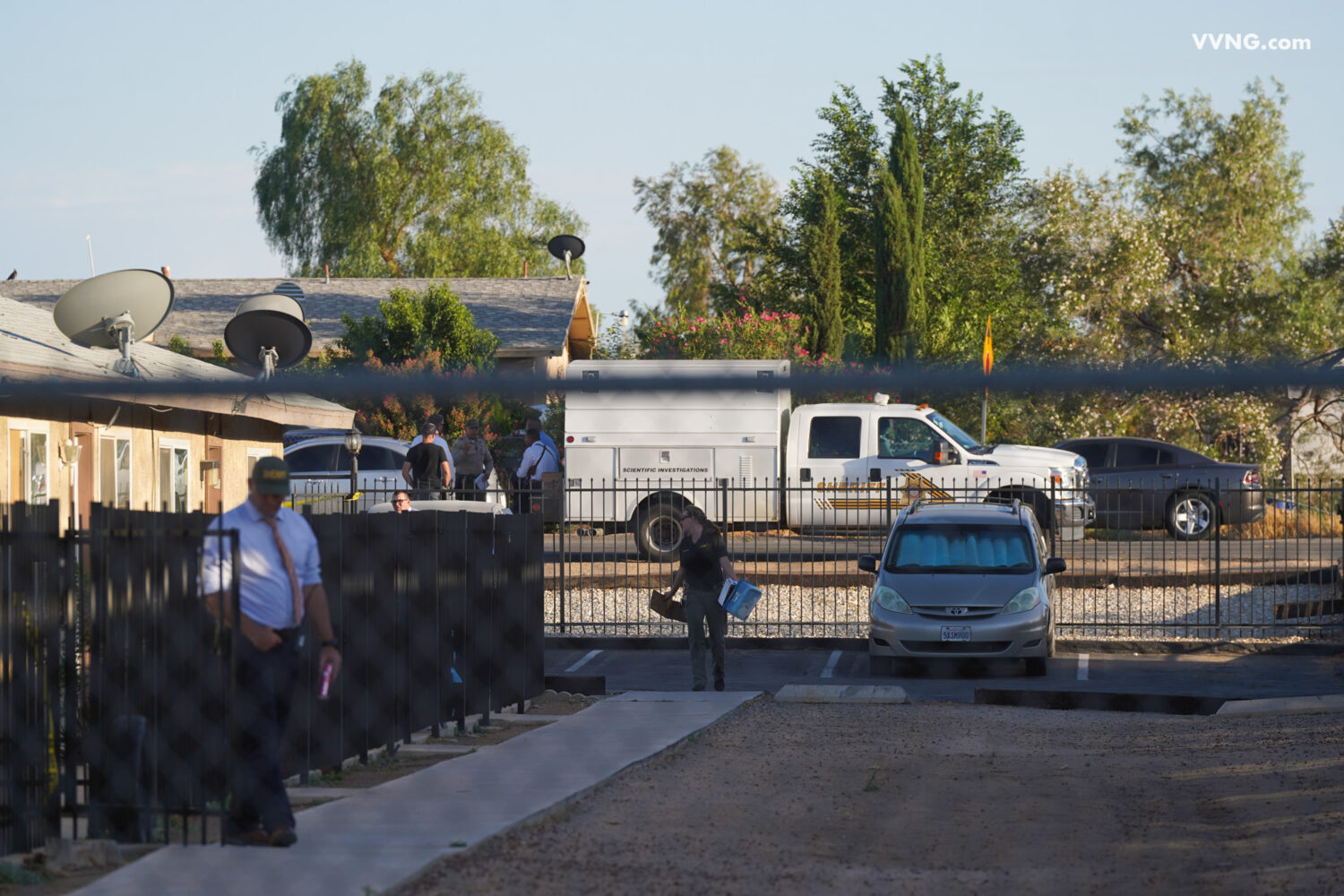 HESPERIA, Calif. (VVNG.com) — A woman was found shot to death inside of an apartment in Hesperia.

Sheriff’s spokeswoman Gloria Huerta said that when they arrived, they found a female inside the residence who had been shot.  “The female was pronounced deceased at the scene,” stated Huerta.

Multiple Homicide detectives along with Crime Scene Investigators (CSI) have responded and are conducting the investigation.

Witnesses reported hearing arguing followed by a loud pop and a male was seen walking away from the apartment.

A sheriff’s helicopter responded to assist in searching for the shooter. Details on a possible suspect or if anyone has been arrested were not available.