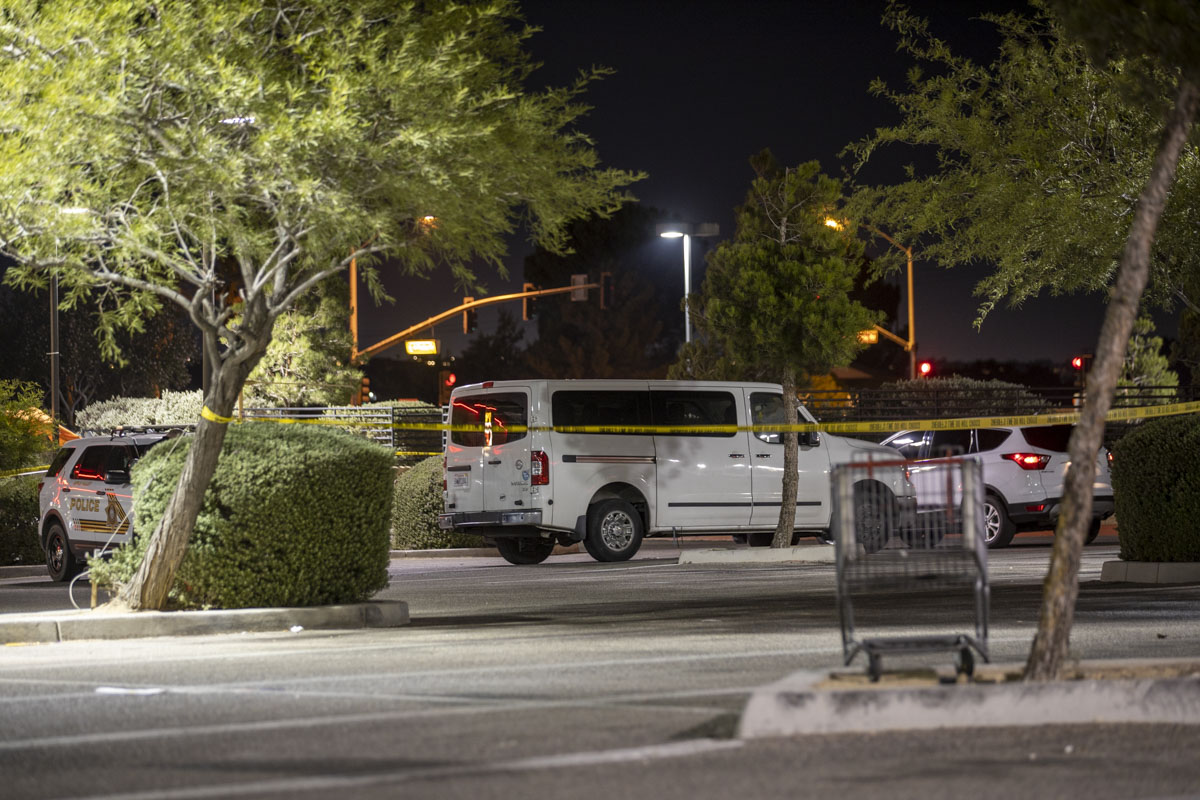 A woman was found deceased inside her vehicle. (Hugo C. Valdez, VVNG.com)

Just before 7:30 PM deputies responded to the 12100 block of Apple Valley Road in the Lowe’s shopping center after receiving a call that a woman appeared to be deceased inside a white Nissan Cargo van.

Deputies approached the van which was parked near the Del Taco and confirmed she was deceased inside.

Crime scene tape was used to block off the area of the parking lot as deputies investigated.

Sheriff’s spokeswoman Jodi Miller told VVNG it’s unknown how long the female had been deceased in the vehicle and that will be determined by the Coroner Investigation after further examination.

Miller said a Coroner Investigator responded and a death investigation is being conducted. The identity of the female is pending notification of next of kin.

Anyone with information is asked to call the Apple Valley Police Department at 760-240-7400.

Motorcyclist airlifted after crash on Amargosa Rd in Victorville