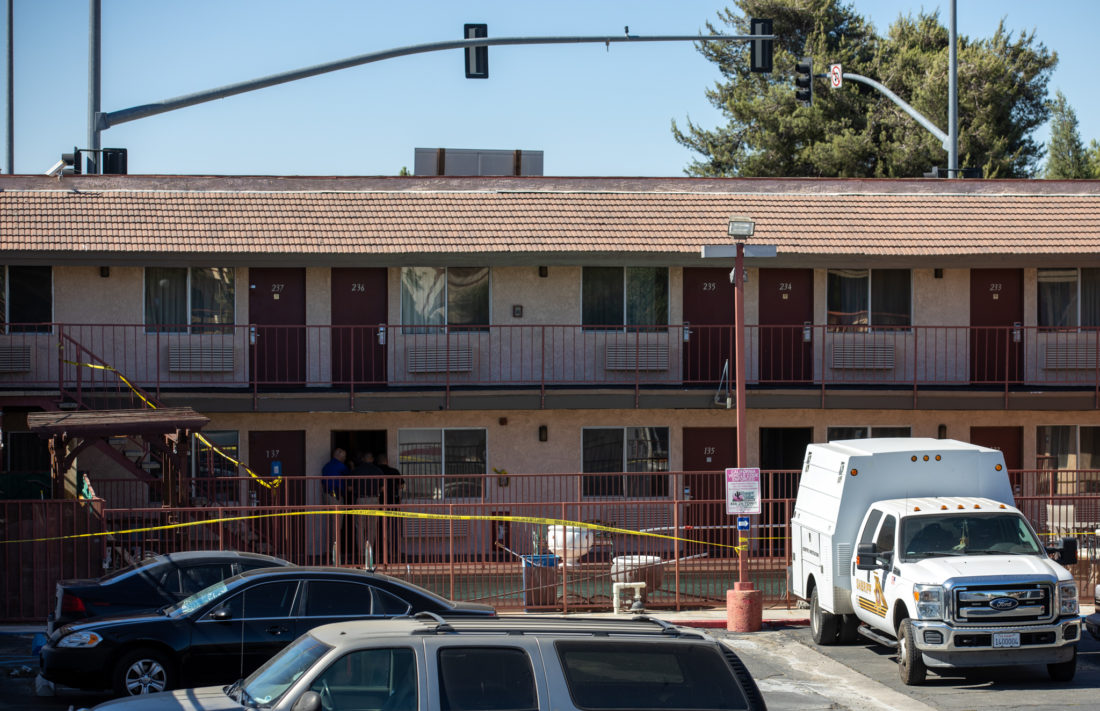 VICTORVILLE, Calif. (VVNG.com) — Homicide detectives in Victorville are investigating after a woman was found dead inside of a room at the Park Ave Inn.

Sheriff’s officials are remaining tight-lipped about the ongoing investigation. Spokeswoman Cindy Bachman told VVNG detectives are at the Park Ave Inn conducting a death investigation. “They are not prepared to release any details at this stage of the investigation,” stated Bachman.

Deputies at the scene blocked off the staircase with crime scene tape and it appears detectives are focused on two rooms located downstairs.