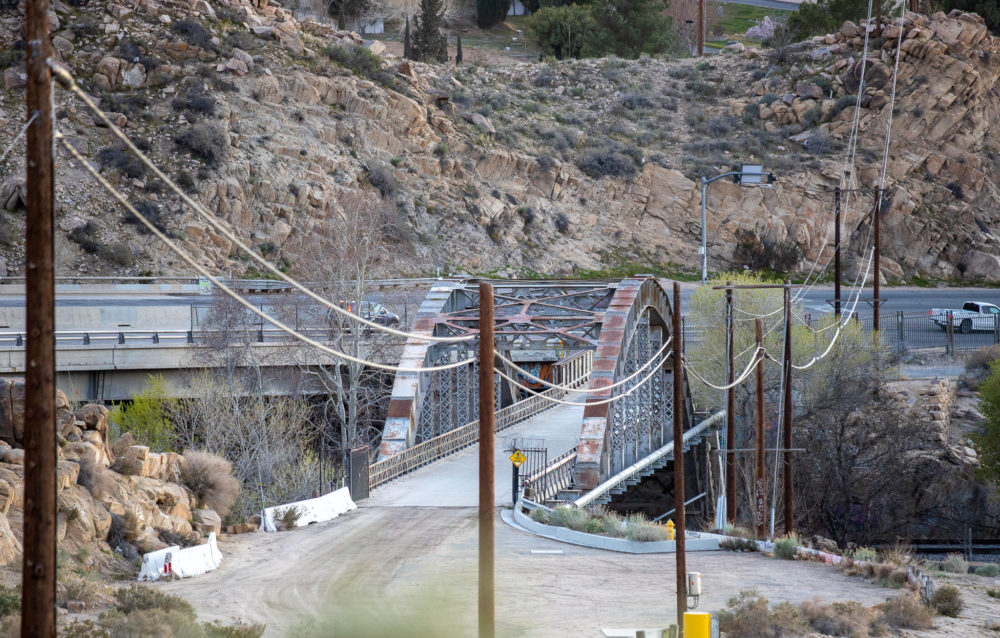 VICTORVILLE, Calif. (VVNG.com) — A homeless woman found dead in the Mojave Riverbed possibly fell to her death from the old rainbow bridge in Victorville.

At about 11:30 am., on Tuesday, March 3, 2020, a deputy with the Sheriff’s HOPE Team was in the riverbed area when he discovered the body of a deceased female adult, stated sheriff’s spokeswoman Mara Rodriguez.

“There were no signs of foul play and it appeared she may have fallen from the underside of the bridge,” stated Rodriguez.

Rodriguez said no witnesses were located and the Coroner’s Division responded and took custody of the body.

“It did appear she may have been a transient, living in the riverbed area. Her identity is not yet being released,” stated Rodriguez.

The Homeless Outreach and Proactive Enforcement (H.O.P.E.) program is a pro-active approach intended to ultimately reduce calls for service and other resources currently required to deal with the homeless population.