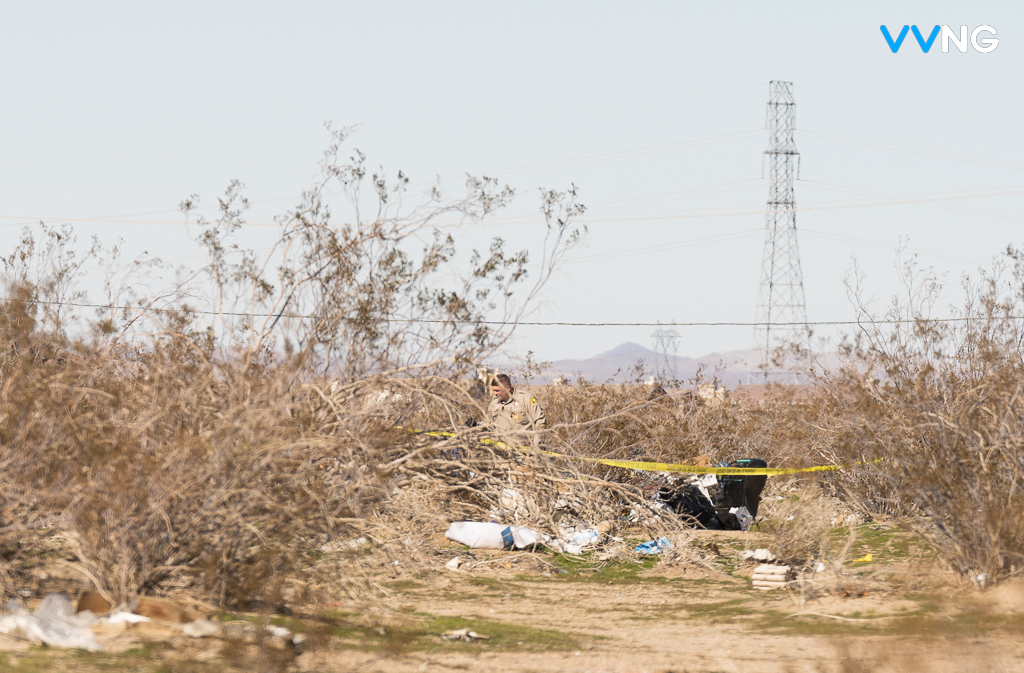 ADELANTO, Calif. (VVNG.com) — A death investigation is underway after a woman was found dead at a homeless encampment in Adelanto Tuesday morning.

Sheriff’s dispatch received a call referencing CPR in progress in a field just north of the Carl’s Jr located near Highway 395 and Palmdale Road.

When emergency workers arrived on the scene, the person was declared deceased.

The Adelanto Police Department responded and interviewed several transients who reside in the area.

Authorities used sheriff’s crime tape to close off a small section of the desert, which was the focus of their investigation.

Sheriff’s spokeswoman Mara Rodriguez said Homicide detectives would not be responding. No further details were immediately available for release at this time. Please check back for more details.

California Highway Patrol responds to crash on 15 Freeway in Hesperia