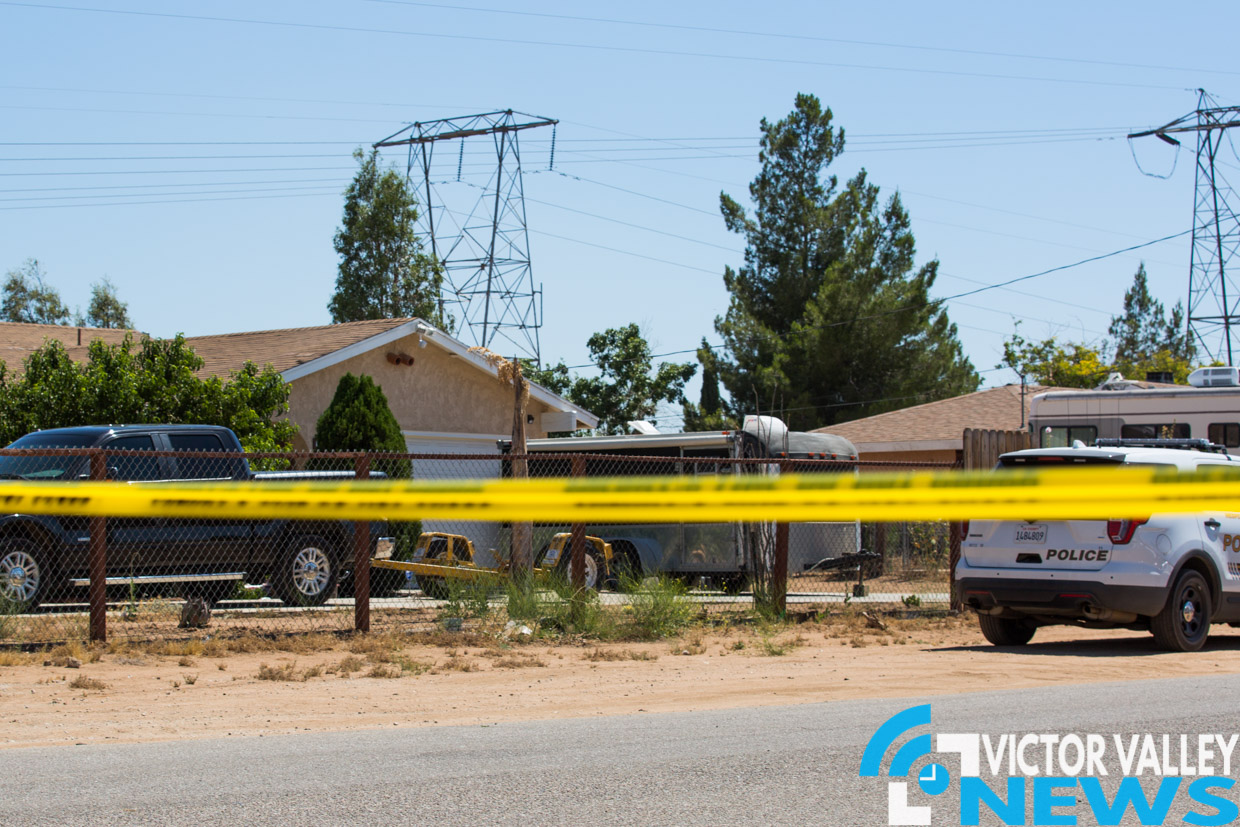 HESPERIA, Calif. (VVNG.com) A death investigation was launched after a woman was found shot dead at a home Thursday afternoon.

Just after 1 pm on June 29 2017, Deputies from the Hesperia Police Department responded to a home on the 14900 block of Kimball Drive.

Upon arrival, deputies located a female in her 50’s who was pronounced deceased, said Sheriff’s Spokeswoman Jackie Chambers.

A small portion of Kimball Drive was taped off as detectives processed the scene.

However, a  preliminary investigation determined the victim died as a result of a self-inflicted gunshot wound, Sheriff’s officials at the scene confirmed.

If you or someone you know is struggling with thoughts of suicide, VVNG encourages you to call the suicide prevention hotline at 1-800-273-8255

What to do if you see warning signs of suicide