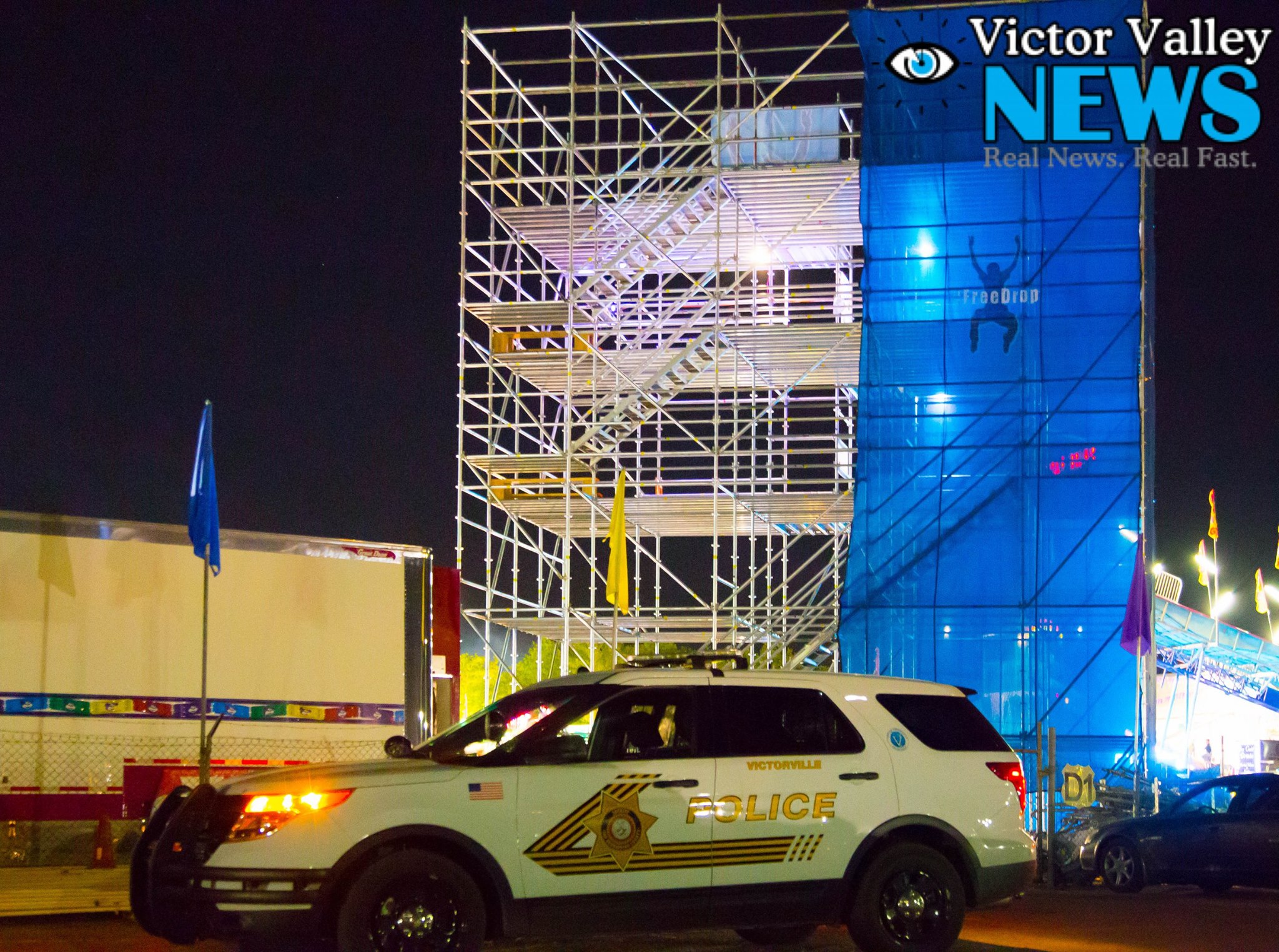 VICTORVILLE-(VVNG.com): At approximately 8:00 P.M., on Thursday, May 28, 2015 as thrill-seekers at the San Bernardino County fair waited in line for the attraction known as the “Free Drop,” a woman, approximately 30-years of age, walked up for her turn and prepared to make her jump from the newest attraction at the Fair.

According to on-scene witnesses, the woman went to jump then looked as if she changed her mind and grabbed the sidebar. Her body swung, hit the scaffolding then hit the pavement below landing on the front side of her body.

“The [employee] reached out to grab her, but she let go and fell to the ground,” described Shannon Waldron, who was waiting for her husband and son who were in line preparing for their jump.

CPR was administered to the unconscious woman, but she was still unresponsive as she was transferred into the ambulance.

Per scanner traffic, the woman was transported to Victor Valley Global Medical Center via ground ambulance, then later airlifted to Arrowhead Regional Medical Center where she remains in critical condition with life threatening injuries.

Free Drop is a brand new attraction at the San Bernardino County Fair for 2015. The extreme ride is like bungee jumping but without a cord, harness, or wires. Those who dare take the challenge climb on top of a 36-foot-high plat form and free fall onto a large air-filled pillow.

Victor Valley News attempted to contact fair officials for a statement but were unable to reach anyone. There is no further information at this time.