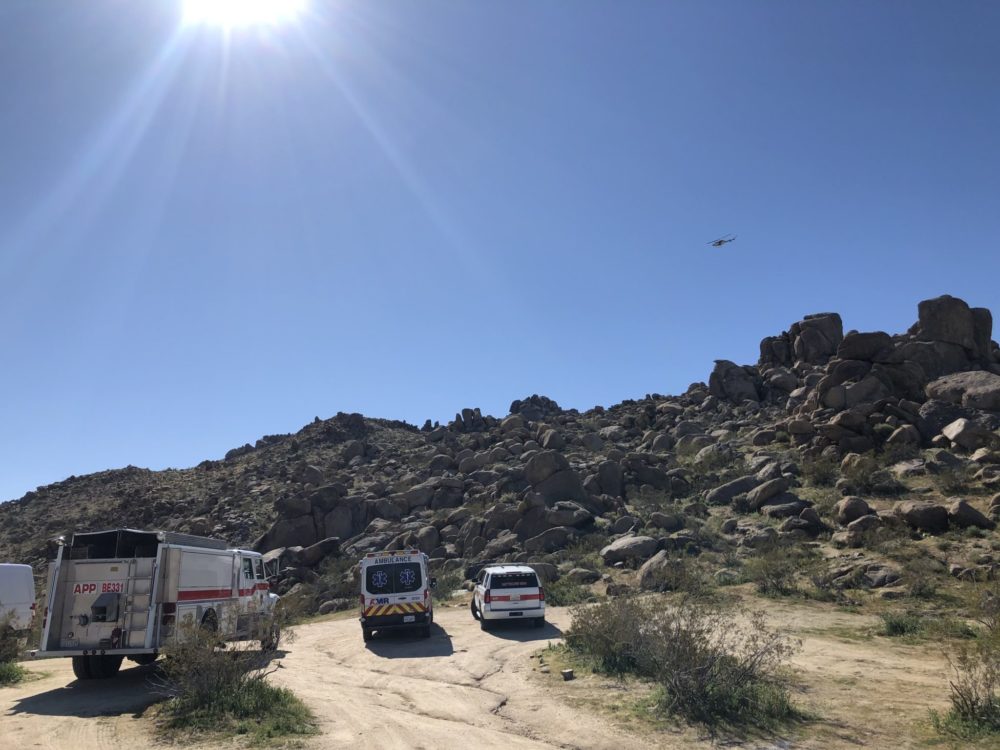 APPLE VALLEY, Calif. (VVNG.com) — A 31-year-old woman had to be rescued after she fell into a crevice while rock climbing with a group of friends Friday afternoon.

On March 27th, at around 3:20 p.m., Firefighters from the Apple Valley Fire Protection District responded to the Fairview Valley area for reports of a female who had fallen 20-feet.

The place is a well-known rock climbing area often referred to as the Apple Valley Crags or the Fairview Mountain Crags.

Battalion Chief James “Buddy” Peratt told VVNG that firefighters had to hike about 15 minutes to reach the victim.

The victim’s injuries were critical enough that Air Rescue 07, the San Bernardino County Sheriff’s helicopter, was requested to assist.

The victim was airlifted to a trauma center from the treatment of her injuries.

Peratt said this should serve as an important reminder to never hike alone and to have some type of communication and to be careful of the environments, especially in areas with no cell service.

In this case, Peratt said one of the hikers had to climb to a high point to call 911 with a cellphone.

“If she was alone and became trapped overnight, she could have suffered from hypothermia, and the location she was in would have been very had to find,” Peratt said.

“Never go out to an unknown location alone, and use caution any time your time you’re hiking the wilderness,” he stated.