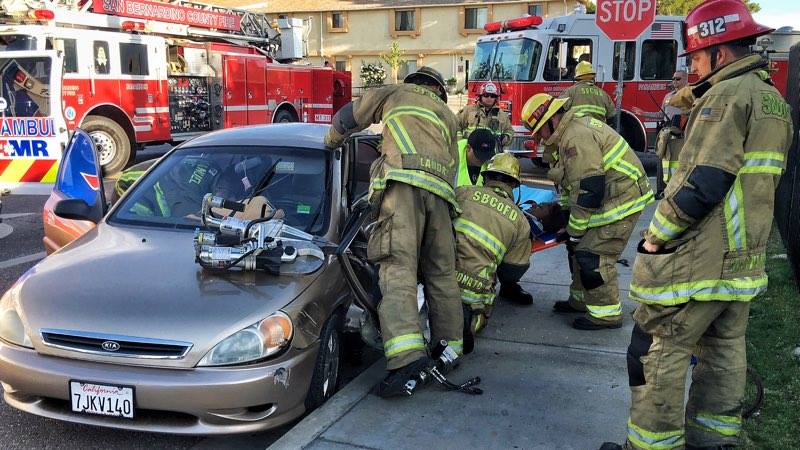 VICTORVILLE:(VVNG.com)- A woman was airlifted to a trauma hospital following a major damage traffic collision on Thursday evening.

The two-vehicle crash occurred at the intersection of Seneca Road and Arlette Drive at about 6:05 PM, on May 5, 2016.

The Kia sustained major damage to the driver side causing the female to become trapped. San Bernardino County Firefighters used the jaws of life to extricate her from the vehicle. The female was taken by ground ambulance to a local hospital and then airlifted to Antelope Valley Trauma Center for treatment. The severity of her injuries is currently unknown.

Witnesses at the scene said the female driver was temporarily knocked unconscious. “I thought she was dead. She wasn’t moving and all of a sudden she just woke up,” said one witness.

The male driver of the silver sedan was treated at the scene but was not injured.

At this time the official cause of the accident remains under investigation by the Victorville Sheriff’s Station.